Prices of essentials soar in capital 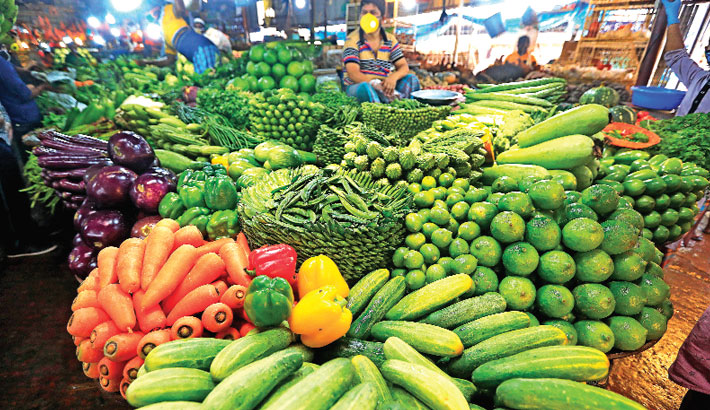 Prices of almost all the essential commodities have increased, causing financial constraints to the low-income people in the capital.

While visiting several kitchen markets in the capital on Friday, it was found that prices of vegetables have increased despite adequate supply.

A bunch of leafy vegetables of different species was selling at Tk 10 to 20 in the city.

Prices of oil continue to increase in the capital’s kitchen markets. The soybean oil was selling at Tk 151 to 155 a litre though it was Tk 150 to 153 in the last week.

The price of per bottle of 5 litre soybean oil was Tk 660 to 720 while it was Tk 650 to 720 in the last week, According to the Trading Corporation of Bangladesh (TCB) website.

Prices of chickens have decreased slightly in different kitchen markets in the capital.

Prices of other products including beef, mutton and spices remained unchanged. Mutton was being sold at Tk 600 to 750 per kg, while beef was selling at Tk 600 per kg.

However, price of onion has decreased in the kitchen markets in Dhaka. Suddenly the supply of local onions in the market decreased, which caused the price to go up. The price jumped from Tk 40 to 60 per kg.