Zahara Mitu pairs up with Bappy in ‘Jontrona’ 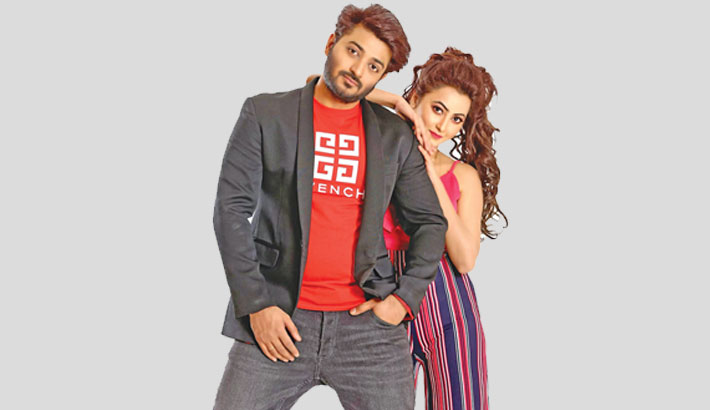 Actress and model Zahara Mitu to star in a new film titled ‘Jontrona’. In the film, the actress will be seen opposite popular Dhallywood actor Bappy Chowdhury.

Directed by Apurba Rana, ‘Jontrona’ is a thriller-action movie. Mitu will be seen in the character of Anima in the film. The first lot of the shooting of the film started in February this year. According to the maker, the second lot of the shooting will begin on June 22.

About the film, Mitu said, “I have already taken preparations for the movie ‘Jontrona’. The film revolves around a girl Anima, who is from an affluent suburban family. I love the script and my character of the film. And it will be my first work with Bappy Chowdhury. He is a good actor. I hope this will be a good movie.”

Zahara Mitu is the winner of ‘Super Model Bangladesh 2017’ and the first runner-up of ‘Miss World Bangladesh 2017’. Then, she has appeared in many tele dramas and commercials. Mitu is also associated with anchoring different television programmes.

Mitu debuted in the film industry through the film ‘Agun’ opposite superstar Shakib Khan. Then, she has acted in the movie ‘Commando’, starring Indian actor Dev. The films awaiting their release.