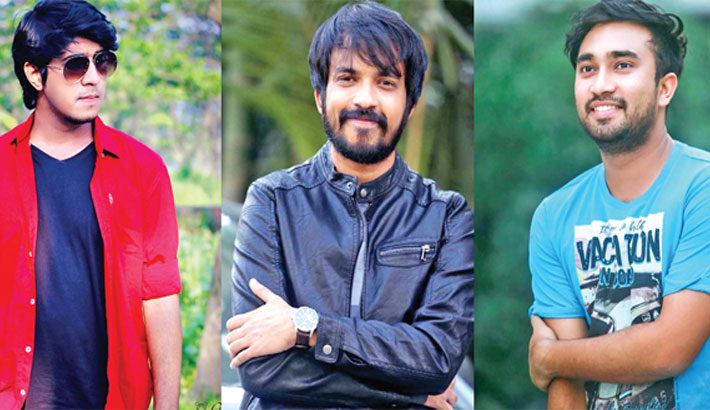 Popular small screen actors Tawsif Mahbub and Farhan Ahmed Jovan have teamed up with director Mizanur Rahman Aryan for a television fiction for the first time. The drama titled ‘Keo Karo Noy’ has been made for the upcoming Eid-ul-Azha festival.

About the drama, Aryan said, “Keo Karo Noy is a triangle love story. The main attraction of the play is its casting. Usually, in a triangle love story, we do not see parallel actors. Tawsif and Jovan are two popular actors in the country. They are suitable for the characters. On the other hand, The female lead is also a celebrated actress. I don’t want to reveal this name now. This will be a surprise for my audience.”

The story, script, and dialogue of ‘Keo Karo Noy’ also have been written by Aryan himself. The drama will be released on the YouTube channel of CMV on Eid-ul-Azha.

One of the popular directors of the present time Mizanur Rahman Aryan began his career as a director with a television drama in 2012. Since then, he has presented many telefilms and dramas to the audience. Most of his works are well accepted by the audience.

Aryan-directed ‘Boro Chele’ is the most viewed Bangladeshi drama on YouTube. It crossed 33 million views on YouTube till now. ‘Boro Chele’ and ‘Buker Ba Pashe’ got Meril Prothom Alo Awards which is directed by him.