Stemming the Nuisance of Public Spitting 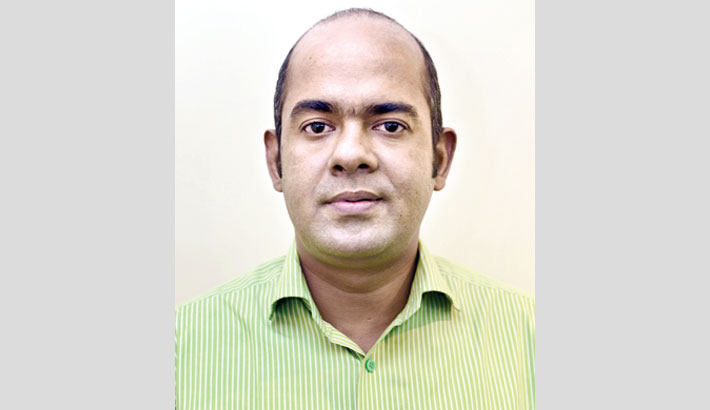 Are we a health-conscious nation? Sadly, the answer to the question, to a large extent, is an emphatic ‘no’. Let me share a recent incident as an eyewitness. As the traffic lights turned red, the CNG-run auto-rickshaw I was on came to a standstill near the Kawran Bazar intersection. Out of nowhere, a biker with a pillion passenger placed his bike between the auto-rickshaw and a commuter bus. Moments later, the helper of the bus craned his head out of the bus door and started spitting. Unfortunately, the body of the biker got within millimetres of the trajectory path of his projectile spittle. The biker to his sheer disgust was seen giving the helper a piece of his mind.

This is a common sight in the capital, though spitting from running buses, two or three wheelers are not uncommon. Not only that those who eat paan-masala turn walls and roads into spittoons. By and large, there will hardly be any street, alleyway or road in the city where pedestrians don’t spit. Spitting in a public place means both a lack of civic sense and poor awareness of hygiene practices.

In these trying times when a full-blown pandemic is raging on, turning everything upside down all across the globe altering the meaning of a traditional ‘normal’ life, the importance of hygiene practice has never felt more. Ever since the lethality of the coronavirus disease came to light, governments across the globe have strained every sinew to contain its spread. More often than not, whenever airborne or respiratory infectious diseases pose a threat just as the prevailing Covid-19 outbreak, it is the advice largely on something like cough etiquette and hand hygiene that people get to hear very often. There is something else that is often overlooked — avoiding spitting in public.

From a health perspective, like cough and sneeze, globules from the spit of an infected person can transmit infections to others, especially under favourable conditions. Last year, noted microbiologist Dr Bijon Kumar Sil who invented the SARS coronavirus detection kit in Singapore in 2003, opined that people in the country spit randomly that dries up in a few hours. The protein contained in the dried spittle forms a layer around coronavirus. These viruses live on for several months. Later on, they float in the air and spread through it, which is indeed a cause of concern.

Admittedly, it is only for the medical fraternity to talk about the link between spitting in public and health hazards. Having said that, for people with common hygienic and aesthetic sense it is a practice uncalled for to spit on the ground without giving a hoot about who’s around or watching since the act not only affects the beauty of the cityscape but stokes up repugnance in them.

Needless to say, in a country where health consciousness is at its nadir, checking the habit of spitting, which necessitates the behavioural changes in mass people, is no less than squaring the circle. So, what if a person is on the receiving end of the spit? Well, they must avoid touching that area until washed with soap and water or an alcohol-based sanitizer. And if the spit ends up on clothes, then one needs to change clothes as soon as possible and wash hands afterward. Further advice to this end is disinfecting those clothes by washing in hot water, say health experts.

What is more, practicing proper spit etiquette should replace indiscriminate spitting. If spitting seems unavoidable when in public places, one should do it discreetly and with caution. Carrying tissues for spit and mucus and dispose of those promptly after the use would be a good idea.

In fact, pandemic or no-pandemic, spitting in public is brazenly wrong. As well as stirring up a public nuisance, it harms health as it is an open secret that the droplets of saliva do carry harmful germs, which may add to the ongoing Covid-19 infection rates. Globally, countries are taking punitive measures to outlaw spitting in the open.

In New Zealand, a person could face 14 years in jail for spitting on someone and infecting them with a disease. In Belgium, offenders could now be fined up to 2,000 dollars for spitting in public while the health authority of Australia has introduced a fine of 5,000 dollars. In Saudi Arabia, a man recently caught spitting in shopping trolleys could be subjected to the death penalty. On the other hand, violators caught up in the act are being fined up to 197 dollars in France. Even in West Bengal of our neighbouring India, citizens may have to pay up to 1 lakh rupees as fine for spitting, even littering.

And here in Bangladesh too has a relevant law: The Infectious Diseases (Prevention, Control and Eradication) Act. If a person transmits or contributes to the spread of infectious disease, they will have to serve imprisonment for a term of up to 6 months and/or a fine not exceeding BDT 100,000 as per the penal provision (Section 24) of the act. If required the government can make an amendment to the existing act adopting restrictions on public spitting in it or bring in specific regulations that would be an effective deterrent to spitting menace.

While the enactment of a law paves the way for dealing with a specific issue, implementation of it is the key. To be brutally honest, enforcement of the act has so far remained elusive when it comes to the execution of the regulations related to spitting in public. City authorities too cannot shirk the responsibility of putting up spittoons at places. Overall, enforcement of the law on part of the concerned agencies and adhering to rules and etiquettes on part of citizens can relieve us of the rampant spitting nuisance.