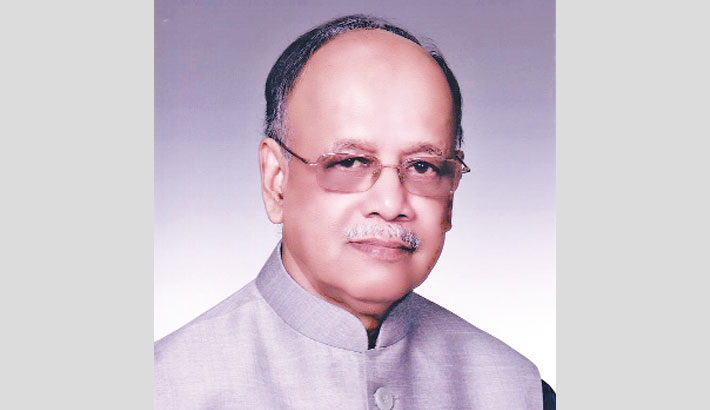 It has been about fourteen months since the educational institutions in Bangladesh along with those in other countries have remained closed due to the Covid-19 pandemic and as of now no one knows when things will begin to get back to normal. As in other countries, there have been feeble attempts to keep the learning teaching going on through use of internet (on-line) but with all fairness this has brought about only a limited success for various reasons. In a very extraordinary scene recently telecast by Indian TV news channels, it was shown that high school students in certain hilly areas of the country are climbing steep hills to attend their on-line classes as the internet connection is too slow in the plain land. In many western countries the problem is quite similar. In some countries of Europe to the surprise of everyone the primary schools have opened their doors as both parents are working and they have to keep their children somewhere and the best option are the schools. The schools have ensured all sorts of health care guidelines to protect the youngsters; making wearing masks, maintaining social distancing and hand sanitizing have been made compulsory. Some States in US have begun to open their schools gradually as in these States the pandemic have shown a downward slide. In Bangladesh initially for about a year though all educational institutions were and are still closed the Quomi Madrasas were allowed to function. Now they are closed too.

The pandemic have taken tolls in all fronts of our everyday life. The world has never witnessed such a catastrophic situation in our known history and the current catastrophe is to some extent the cost of globalization.  In most of the countries economies have crashed, social fabric torn apart and people’s life style changed. Many of these losses will be mended in course of time but the losses in the education sector will perhaps never be recovered again and this is a big loss for countries like Bangladesh; the countries which were waiting take advantage of demographic dividend. According to the UNESCO statistics published a year back approximately 1.54 billion students are out of school globally over Covid-19; and the girls will be the worst hit as it will lead to increased drop-out and further entrench gender gaps in education. This will happen amongst the middle class and low income groups in countries like Bangladesh as most the girls who were in schools in the pre-pandemic period will get married early and most of them will never return back to school once the conditions become normal. UNESCO Director General Audrey Azoulay in an interview to some media said, “the global crisis and speed of the current education disruption is unparalleled and disadvantaged children are the worst-hit…while temporary school closures as a result of health and other crises are not new unfortunately, the global scale and speed of the current educational disruption is unpatrolled and, if prolonged, this could threaten the right to education,” she said. In another interview Stefania Giannini, UNESCO’s Assistant Director-General for Education, said, “that shutting down of schools due to the Covid-19 pandemic comes with a warning of ‘of potential for increased drop-out rates which will disproportionately affect adolescent girls, further entrench gender gaps in education and lead to increased risk of sexual exploitation, early pregnancy and early and forced marriage.” 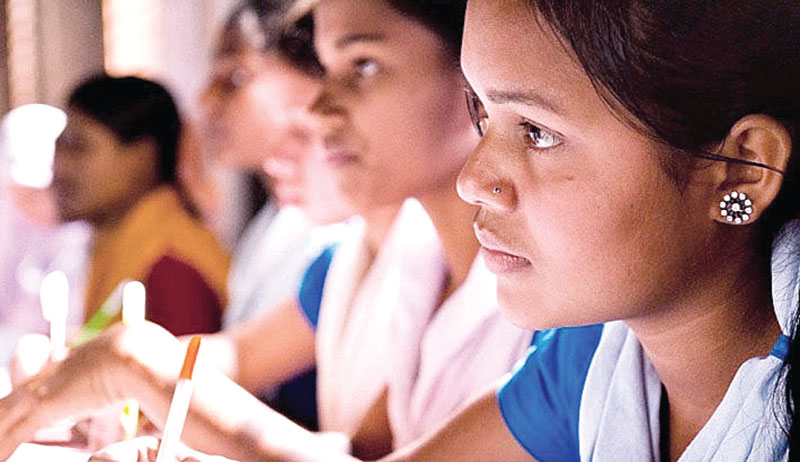 The situation in Bangladesh is getting from bad to worse. The education institutions were ordered closed with effect from March 18, 2020. Initially the Education Ministry was unable to predict how long this closure will last and how will teaching learning take place. Later they came out with a solution that classes, especially in universities and colleges can continue on-line as it was happening in many countries of Europe and later on in US. Unfortunately baring a handful of private universities virtually none on the other universities or colleges could implement this successfully. These educational institutions were not prepared, most of the senior faculty members were not prepared to adopt the digital technology. Many students with middle class background were unable to procure proper devices and most of the public universities and majority of private universities lacked proper digital platform. The colleges are no better. It was perceived that the primary and secondary school children will get their lessons through Sangsad TV channel. But this proved to be ineffective and to some extent farcical.

When the educational institutions were shut down in the month of March 2020 approximately one million students were waiting to take their HSC and equivalent exams. Once the closure was announced they were in total disarray about the fate of the examinations. In a number of TV programmes along with some senior educationists and retired bureaucrats of the government I pleaded that the exam could be administered with a scaled down curriculum and exam hours and instead of limiting the exam centres only in colleges it could be spread across all types of educational institutions including universities and schools. If the Public Service Examinations or even some private sector recruitments (especially in private banks) could be administered in a similar fashion, why not the HSC and equivalent examination? During an unforeseen unique situation one needs to be a bit creative to come out with solutions to solve evolving problem or problems. Nothing of the sort happened as we prescribed and anyone who registered to appear in these important exams were declared successful using a very cumbersome and complicated method. Whatever one may say these students will have to bear a stigma for a long time for no fault of their own. Similar promotions were also given to SSC examinees.

With regular intervals the government keeps on extending the closure of educational institutions. As of now it seems that this may continue till the end of the year. The Education Ministry have announced that this time no SSC examinees will be given auto promotion. But as yet nothing in details have been announced. Amongst those affected the worst are the school going children, the youngsters. To most of them the online teaching through Sangsad TV is simply a matter of boring entertainment and in many houses in rural Bangladesh and even in Dhaka slum areas homes most do not possess any TV.

To minimize the damage done to the education sector UNESCO has called for policymakers and practitioners to prepare for further school closure into lessons from the past crisis (our Liberation War) to address the challenges faced by learners, especially by girls. It recommended six-point strategy suggested by UNESCO for the purpose of overcoming the crisis which includes leveraging teachers and communities, adopting appropriate distance learning practices, considering the (global) digital divide, safeguarding vital services and engaging young people.

While the education sector is struggling to come out with some solutions the government to minimize the damage has announced its national budget for the fiscal year 2021-2022. Bangabandhu in a speech broadcast over radio and television before the 1970 election clearly said allocation for education should be considered as an investment and not expenditure and should be at least 4 per cent of GDP. The international standard as prescribed by UNESCSO should be at least 6 per cent of GDP. After Bangladesh became independent amongst the issues the Bangabandhu laid emphasis on was education. He formed the 18-member Muhammad Qudrat-i-Khuda Commission to recommend reforms in University Education and its management. The Commission recommended the 1973 University Act for the then four general universities along with an Act for the establishment of University Grants Commission. He did not live to see these Acts fully implemented and today all these Acts for all practical purpose are trashed. The allocation of at least 4 per cent for education remains a dream and in the just proposed budget the allocation for the education sector remains almost unchanged in terms of size and percentage of GDP, compared to existing budget. As the education sector has been shattered due to the pandemic, it was expected that to mend the damage the education budget will see some extra allocation. Unfortunately that did not happen. The Finance Minister allocated Taka 71,951 crore for different types of education, including the higher education for the year 2020-21 fiscal year. This year though there is a slight increase in allocation in absolute terms considering the inflation and the increase in the number of education institutions, the actual amount remains the same. The total proposed amount makes up 11.91 per cent of the total outlay and its share in the GDP stands at 2.08 per cent in the proposed budget, one of the lowest in the world. In his budget speech the Finance Minister said “a large number of students in our country are graduating every year and becoming eligible for employment in the job market.” Little did the  Finance Minister know that 39 per cent of our university graduates were unemployed before the pandemic hit us according to a report published by BIDS and on the  other hand at least about half a million foreigners are working in Bangladesh in different sectors and they remit about minimum of US$ 5 billion annually to their countries. The actual figures could be much higher. Every time some international bodies rank universities around the world or in Asia there are lots of hue and cry why no Bangladeshi university finds a respectable place in the ranking. Yes, every year universities in Bangladesh produces thousands of graduates, most of them with outdated curriculum and many of these graduates’ land up picking jobs that pays them less than a driver’s salary  in Dhaka city. The faults are not of the students, it is a systematic problem and not many people seem to care about it. There was a time when meritorious students were attracted to take up teaching profession but today that seldom happens. For years people who cares about good  education and raising its standard have advocated that to attract meritorious graduates to teaching profession a separate pay scale should be announced for teachers at all levels. Unfortunately that only did not happen now a new syndrome of bureaucratization of the education sector has begun. This is just the beginning of destroying what remains of some useful education. Bangabandhu during his life time made sure that education, the most important sector in our national life and inseparable ingredient for nation building is best left to people of education profession. He knew how to pick the right people for the right job. But after his death many of his dreams were buried with him. The only flicker of hope is that the daughter of Bangabandhu Sheikh Mujibur Rahman, Sheikh Hasina is the Prime Minister of the country and people still expect she will personally intervene to infuse some fresh blood in the anaemic education sector by totally reforming this sector and save it from total collapse. However though people expect many things from her they remain sceptical as she seems to be surrounded by some self-seeking sycophants who are hell bound to keep her in the dark about the ground realities that adversely affects our national life. It is expected before the budget for the coming fiscal year is approved the Finance Minister will revise his budget allocation for education.