SDG-7: Ensuring Affordable and Sustainable Energy for All 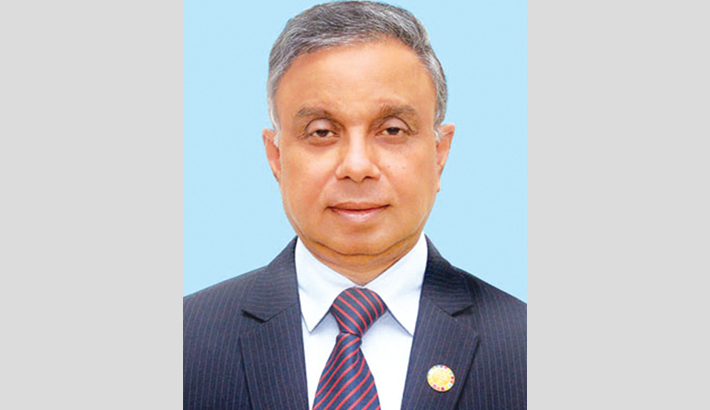 World Energy Council (WEC), while discussing energy issues relating to demand, supply, price, fuel-mix etc., mentioned the right balance of Jazz and Symphony. It needs to focus on energy equity, individual access and affordability as it addresses in Jazz. Jazz is a strong but flexible rhythmic structure with solo and assembles improvisation on basic tunes and chord patterns. It is led by one and followed by others. On the other hand, symphony a complex orchestra of 80 or more members having a specific individual role as energy needs to look into its characteristics and focus on environmental sustainability through internally coordinated policy and practice. All predictions by WEC are done in Jazz or Symphony as we do higher and lower case.

The global population is predicted to be 8.7-9.4 billion from the present 7.8 billion by 2050. During this time, GDP will increase by 100-153% and car use will increase by 57-98% from the present level. World Energy Council also mentioned that it is a time of unprecedented uncertainty for the energy sector. Energy demand will continue to increase the pressure, and challenges to develop and transform the energy system are immense. They told this especially in the backdrop of the Covid-19 pandemic. World Energy Council also identified energy trilemma: balancing between environmental sustainability, energy security and energy equity. Issues of energy poverty and energy justice are identified as prime areas for discussion in the global energy arena in recent times. Taking the challenges, the energy sector will face by 2050 into consideration, the council also identified 10 key messages for the sector.

In 2009, Bangladesh had only 47% of electricity coverage having about 5000-megawatt generation capacity, about 24% less supply than the demand. With 14.33% system loss of total generation, load shedding was widespread in the country, averaging from six to eight hours per day. Besides, under frequency or low voltage of electricity were very common, causing electronic gadgets to get damaged frequently. The distribution of electricity was not satisfactory, which prompted the mass movements all over the country including Kansat movement in Shibganj Upazila, Chapai Nawabganj that killed at least 13 farmers.

Against the backdrop of the huge shortage of electricity, the government of Sheikh Hasina came into power in 2009, started a war against load shedding from the first day and took up so many initiatives for combating the power crisis. During the period between 2009 and 2020, about 134 new power plants having about 17,000-megawatt generation capacity were established, and along with them, there were 13 more rental power plants that have been shut down very recently. It shows that, on average, one new power plant was set up each month, enhancing 1600-megawatt power generation capacity every year. The total power generation capacity is 24,421 megawatts now. In 2008-09, total energy generation was 26,533 ghw which stands at 71,419 ghw last year. At present per unit generation cost is about 5.94 Taka. On 17th September 2007, the highest generation was 4296 megawatt, and on 3rd April last, it was 13,018 megawatt, three times higher.

Another important area of the power sector is fuel mix. In 2021, Bangladesh generates, on average, 51% of its total generation from gas, 34% from HFO and diesel, 8% from coal and imports 5.6% from India. In 2009, there was a very weak fuel mix which is about 84% from gas with very minor participation of liquid fuel, coal and hydro. For better energy, balancing different modes of energy is essential. Bangladesh had a commitment to generate 10% of its total power from renewable sources by 2020. But it was very difficult to achieve for the country as we do not have any potentials for hydro-bases or geothermal electricity generation, while the possibility of wind-based energy is so far very minimum. We have the only scope in solar energy but it needs vast land area – one hector (about 2.5 acre) per megawatt of electricity. However, energy efficiency is crucial in dealing with energy pricing. Energy use per unit of GDP will decrease by 50% in 2050 and half of the primary energy will be required in 2050 to produce the same electricity.

SDG-7 calls for ‘affordable, reliable, sustainable and modern energy for all’ by 2030. Three core targets of SDG-7 are as follows: Ensure universal access to affordable, reliable and modern energy services. Fulfilling 1.5 degree of pre-industrial level temperature rise mostly depends on fuel for electricity and carbon emission from fossil fuel specially coal, while using liquid fuel may worsen the situation. Bangladesh in the ‘Power Sector Master Plan (PSMP) 2010’ planned to have 50% power from coal by 2030, later on, in PSMP 2016 reduced coal participation to 35% and now is planning to lower further. As all the people are under electricity supply coverage, now we need to ensure the quality and reliability.

We all know electricity generation is capital intensive and also a technology-dependent sector. It is predicted that 19-26 trillion US dollars will be required globally from 2010-2050 in this sector, out of which 46-70% would be spent on renewable energy. Covid-19 brought investment shock which is very prominent in the power sector. We know the world economy started recovering from the end of 2020. China predicts an 8% growth this year. Hopefully, in spite of the pandemic, financing in the power sector would draw the attention of the global players. Amid Covid-19, in May 2021 China achieved 27.9% export growth.

Very recently, we have seen the innovative idea of “Alorferiwala”—   an initiative of the Bangladesh Rural Electrification Board to provide electricity connection on the spot moving door to door. Earlier there was a time-consuming system of getting electricity connection that also had scope for corruption. It withered away by introducing the “Alorferiwala”. So many good practices have been done in the power sector.

The annual performance agreement that is being implemented nowadays in all government sectors was started in the power sector in 2010-11. Training for the Human Resource Development and working in teams are given high importance in the power sector. The primary energy supply is a big challenge, along with the changing technology, financing, local coal extraction, import of coal and other primary energy, cyber security, transportation of fuel and heavy equipment, adjustment with nuclear power, subsidy, land for renewable energy, underground cable with changes of power scenario, seasonal variation, energy auditing, and using hydrogen technology as fuel.

The future of power is green-only energy. To execute the model of human and economic development, climate neutral, circular economy the globe will require more energy. In the coming days, economic trends, cyber security risk, carbon abatement, energy supply situation, investment and environment will be very crucial for energy managers. At the same time support mechanism, affordability, renewable sources, energy efficiency and demographic pattern are very important for the efficient energy supply all over the globe. Therefore, more international cooperation, internationally harmonised policy and trust in the market mechanism are essential to address the trilemma. From 1990 to 2010, primary energy demand increased by approximately 45%. Considering the increased demand and 50% energy efficiency, it is estimated that by 2050 demand for primary energy in the power sector will increase by 27-61%. It is predicted that South, Central and East Asia particularly China and India, and also Bangladesh, will be the centre of future growth towards 2050.

In 2050, the primary energy mix will continue to be fossil fuel dominated, but the share of fossil fuel may reduce substantially. Asia showed better preparedness to combat the coronavirus pandemic as a result of its experience of handling other pandemics. However, economic trend, carbon abatement, digitisation, new market mechanism, cybersecurity, energy storages innovation, energy supply, innovative transportation, big data, renewable energy, energy efficiency all these important issues need to be addressed. Hydrogen as a fuel is becoming a reality and the rich countries are conducting research on it to reduce carbon intensity, though the developing country showing less interest here. Bangladesh should not be left behind in the journey of using hydrogen as fuel in the power sector.

The difficult questions are, will there be an investment boom after the Covid-19 pandemic as it happened after the economic recession in 2007-08? Will there be a major shift of fuel mix, more dependence on renewables all over the globe especially the developed countries, in the back drop of rejoining of the USA with the Paris Agreement on climate change? Will there be a return to mass transportation? What's about aviation travel? Almost all the meetings are being done on the digital platform. What's about electric vehicles? How about working from home? What will be the scenario of the future cities? All these important issues are coming up and we believe the post-pandemic recovery will help energy transition for more inclusive energy in the future.