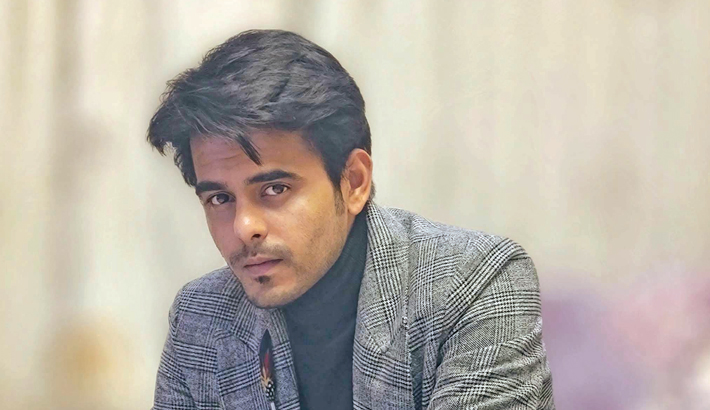 Popular actor Siam Ahmed has signed a deal for director Dipankar Dipon’s new film ‘Antarjal’ recently. The actor signed the contract on June 7, at an event organised by the production house Motion People Studios. Producers Mohammad Ali Haider, Sadekul Arefin, and co-producer Shah Amir Khasru, among others, were present at the event.

Director Dipankar Dipon confirmed the news through a Facebook post on Thursday. The post reads “Happy to have Siam Ahmed again. Sadequl Arefeen, Mohammad Ali Haider, Shah Amir Khasru are visionary and talented people, I’m proud of them, this is a team of Motion People Studios ltd. Haider Bhai was one of the producers of the Dhaka Attack Movie.”

The shooting of the film is scheduled to start on June 24 in Dhaka.

Antarjal is a Cyber Crime Action Thriller genre movie to be made in Bangladesh. The movie is Dipankar Dipan and Saifullah Riyad wrote the screenplay of the movie based on the story of Dipankar Dipan.

The story of the film is that, a multinational hacker group has deleted all data on the servers of a commercial bank in the country. Their demand is to hand over three young person of the country to them. The country’s communication system was shut down to increase the pressure on the government. The responsibility of normalising the situation was handed over to CIRT and CID. Three youths were kidnapped on the way while being sent to hackers.

Siam Ahmed will play the lead character Lumin, a young computer programmer based in Rajshahi.