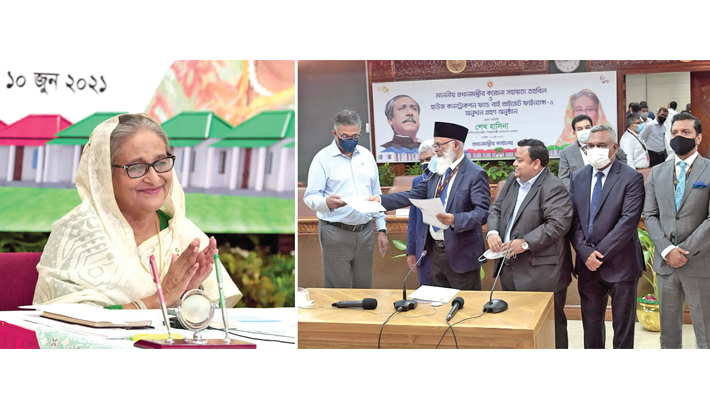 Bangladesh Association of Banks (BAB) Chairman Nazrul Islam Mazumdar hands over a donation cheque for Tk 2.42 billion to Principal Secretary to the Prime Minister Dr Ahmad Kaikaus for Coronavirus Assistance Fund and House Construction Fund by Private Finance at a function in the capital. Prime Minister Sheikh Hasina joined the function through video conference from Ganabhaban on Thursday. 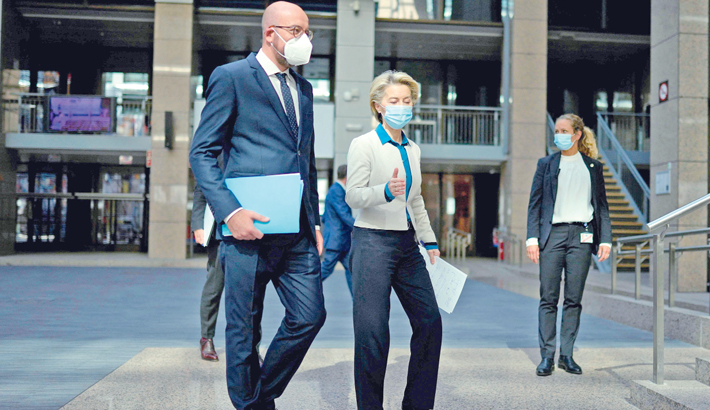 European Commission President Ursula von der Leyen (R) and European Council President Charles Michel (L) leave after a press conference ahead of the G7 summit, at the EU headquarters in Brussel on Thursday. 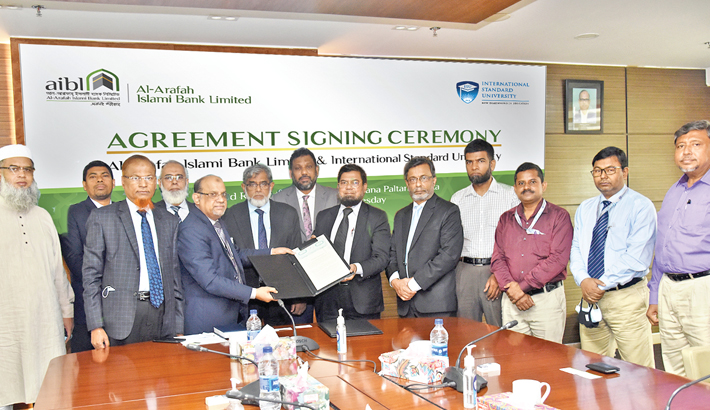 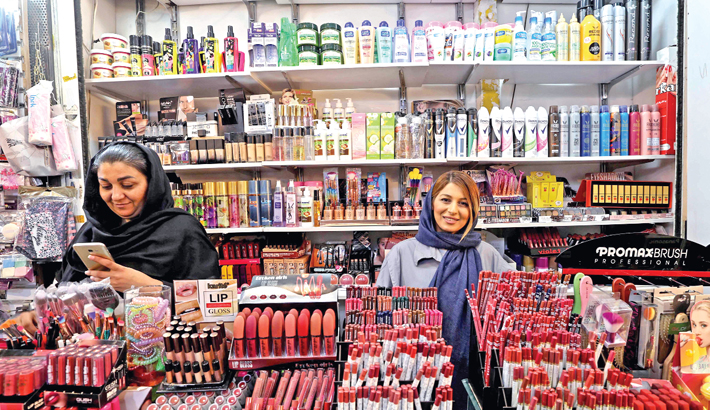 Iranian vendors wait for costumers at the Grand Bazaar of Iran's capital Tehran on June 9, 2021. When Iranians vote for a new president next week, they will do so in the depths of an economic crisis brought on by crippling sanctions and worsened by the pandemic. After years of international isolation, Iran's 83 million people are suffering as jobs are scarce, prices are rising and hopes for a brighter future are dwindling for many. 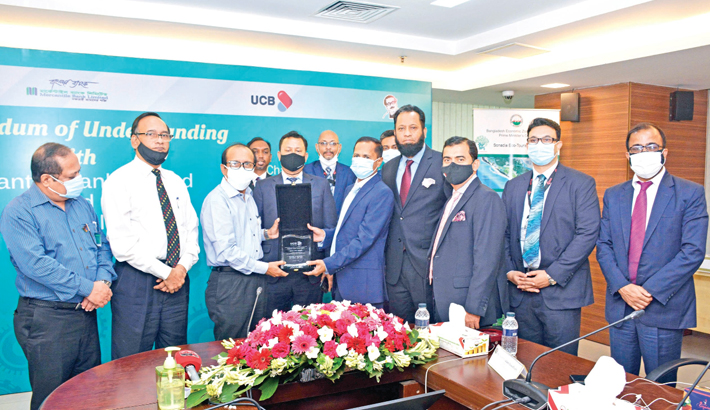 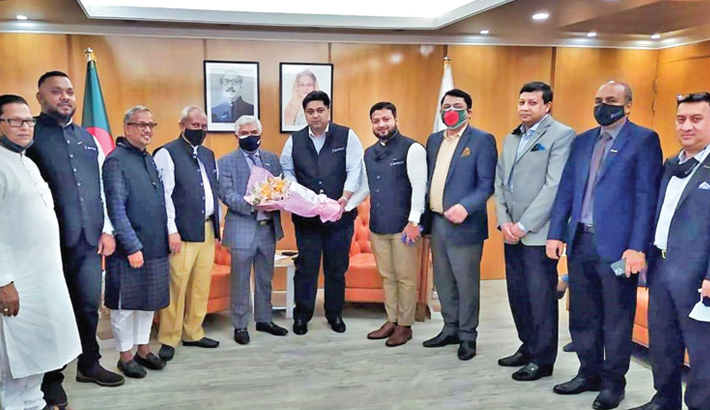 A delegation of Bangladesh-Malaysia Chamber of Commerce and Industry (BMCCI) led by its President Raquib Mohammad Fakhrul (Rocky) presents a bouquet to FBCCI President Md Jashim Uddin during a courtesy call on him at FBCCI office in the capital on Thursday.