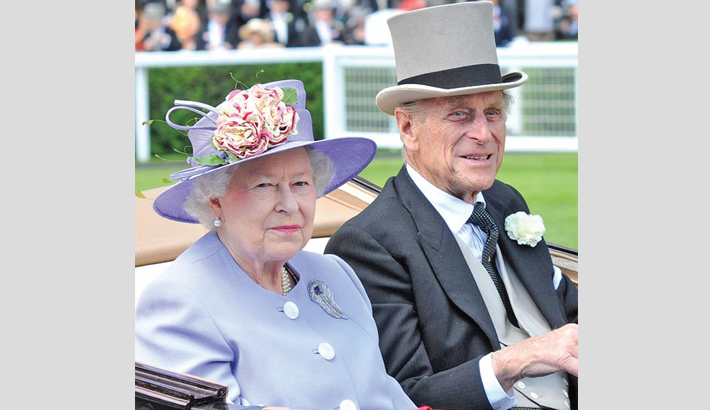 Queen Elizabeth II has marked what would have been her husband Prince Philip’s 100th birthday with the planting of a newly bred rose named after him, reports AP.

She was pictured smiling as she accepted the small rose bush, wrapped in brown paper and twine, from the Royal Horticultural Society’s president.

The rose, which is deep pink and dappled with white lines, was newly bred following Philip’s death on April 9 at Windsor Castle. For every rose sold, the company Harkness Roses will donate 2.50 pounds ($3.50) to a fund aiming to help a million more young people from all backgrounds take part in the Duke of Edinburgh’s Awards, a popular youth award program set up by Philip in 1956.

Philip, who was born on the Greek island of Corfu on June 10, 1921, married then-Princess Elizabeth in 1947 -- five years before she became queen at age 25. Their marriage lasted 73 years, making Philip Britain’s longest-serving consort. The queen has called her husband her “strength and stay” in public.

He devoted his life to royal service, taking on tens of thousands of engagements and accompanying the queen on official visits to some 140 countries. He retired from royal duties in 2017, at age 96.