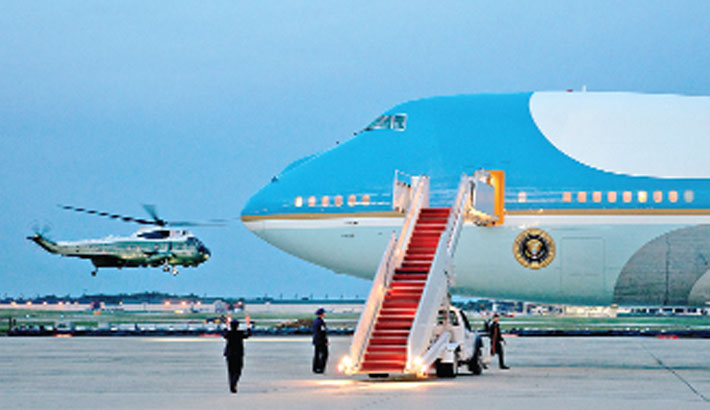 WASHINGTON: US President Joe Biden’s press plane was delayed by a hoard of cicadas late Tuesday, US media reported, grounding the flight for his European diplomatic tour by several hours.

The noisy insects have reemerged from 17 years underground, a regular cycle where they burst out of the soil to shed their skin, mate, lay eggs and then die, reports AFP. A swarm of the insects — thumb-sized with wide-set eyes and membranous wings — filled the plane’s engines, stranding dozens of journalists at Washington D.C.’s Dulles International Airport until early Wednesday morning.

The flight was due to take off at 9 pm local time (0100 GMT) but another plane had to be dispatched for the increasingly frustrated waiting press pack.