MSC get away with just a warning over BSE breach 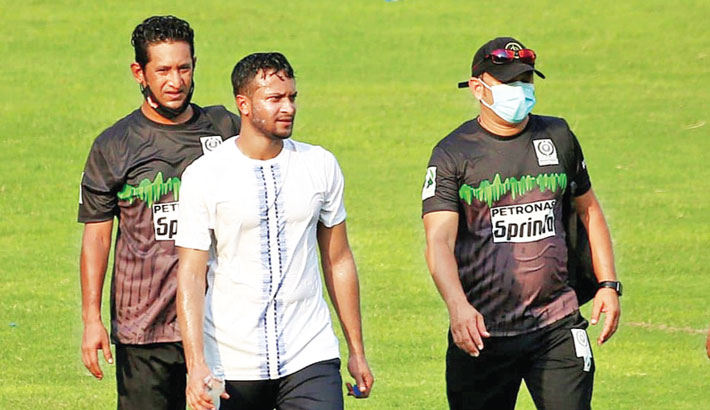 A Bangladesh Cricket Board official said on Wednesday that they have issued a warning against Mohammedan Sporting Club for their breaching Bio-Secure Environment during the ongoing Dhaka Premier League.

“Mohammedan Club officials have acknowledged that it was a clear mistake on its part and has assured us that such slip-ups will not occur again. We have taken into consideration the circumstances and have notified the club that any future breach will result in strict disciplinary measures,” CCDM Chairman Kazi Inam Ahmed said in a statement.

“We have also increased security vigilance so that the BSE protocol is not compromised. BCB and CCDM have made extensive arrangements to ensure that BSE standards are met. Everyone should respect that for their own safety and protection,” he added.

BCB earlier on Saturday launched an investigation against MSC for breaching bio-bubble protocols during a team’s practice session on Friday.

Earlier, BCB announced that they will enforce heavy punishment like a fine, ban or point deduction on DPL teams if they fail to follow bio-bubble protocols for which they are spending around Tk seven crore.