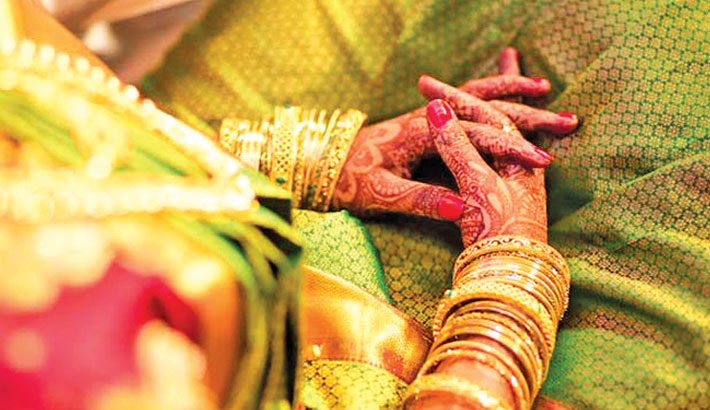 A young bride in Uttar Pradesh’s Pratapgarh district called off her wedding after the groom arrived at the venue in an inebriated state, forced her to dance before the varmala ceremony, and misbehaved with her relatives. The groom’s family then approached the police to persuade her to tie the nuptial knot, but she refused to change her decision.

The 22-year-old bride-to-be, a farmer’s daughter, hailed from Tikri village in Pratapgarh, while the prospective groom was a native of Kutiliya Ahina village. Their wedding was fixed during the pandemic-induced lockdown. On Saturday, the prospective groom arrived with the barat to wed the bride-to-be. What was shocking for the bride-to-be, her family members and their relatives was that the groom and several baratis had turned up at the wedding venue in a drunken state.

The bride and her family members, initially, chose to shut their eyes to the unwelcoming circumstances. However, things took an extremely ugly turn before the varmala ceremony.

The groom pressured the bride to dance, and when she refused, he allegedly flared up in rage and created a scene.

Upset with the misbehaviour, the bride cancelled the wedding. Following this, her family members held captive the baratis including the groom. They demanded that the gifts and cash they had given to the groom’s family be returned, according to a report by The Times of India.

A team of Mandhata police, after receiving information, came rushing to the spot. The groom’s family members sought help from the police to convince the bride, but she firmly conveyed that she wouldn’t change her mind.

“It was the girl’s decision to call off the wedding after she saw her groom inebriated and misbehaving with her and her relatives. Both parties later reached a compromise and the groom’s family agreed to return the gifts,” the report quoted a police officer as saying.