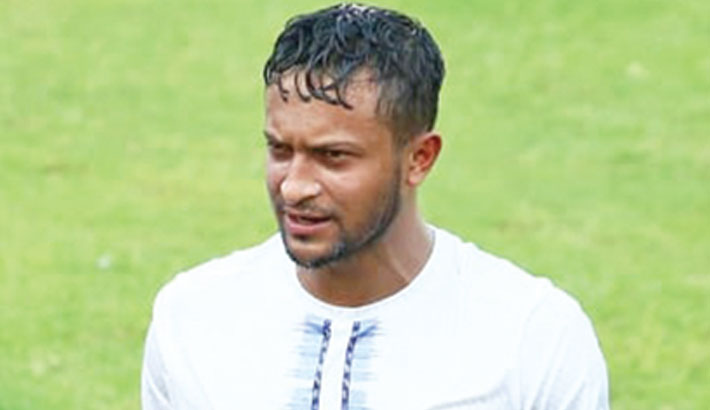 The virtual hearing took place on June 8 as CCDM decided to ask Shakib to come up with his version of the story regarding the bio-bubble breach.

MSC had given an official reply to CCDM’s letter on Tuesday and according to sources close to the development, it was learnt that the traditional club mentioned that they were not aware of Shakib’s movement as it was not their official training rather he had gone for an individual training session.

“We had a hearing of Shakib today (June 8),” a CCDM official told The Daily Sun while added that the board will give their verdict soon after taking everything into consideration.

It was learnt that BCB is expected to issue a warning soon.

MSC skipper Shakib, who isn’t having a great time with the willow, decided to call two additional net bowlers from his own cricket academy during his individual training session at the BCB indoor.

CCDM didn’t take long to announce their stance against MSC after the incident came under their notice and issued a letter for MSC to give an explanation on June 7.

Before the start of the tournament, BCB announced that they will enforce heavy punishment like a fine, ban, or point deduction on DPL teams if they fail to follow bio-bubble protocols for which they are spending around Tk seven crore.

It was learnt that the two net bowlers were covid negative while MSC were reluctant to take responsibility for the fan and blamed it as a security lapse of the board.