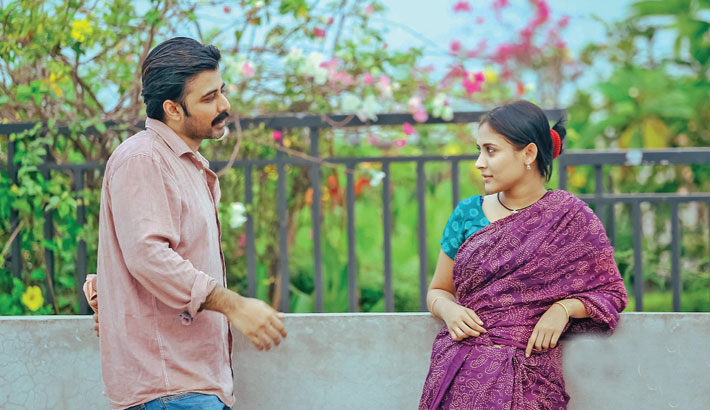 Afran Nisho and Mehazabien Chowdhury is one of the most popular pairs on the small screen. The duo has paired up once again for a new drama titled ‘Ghotona Shottya’. In the drama, Nisho will be  seem as a driver while Mehazabien will play a housemaid.

The play has been directed by popular director Rubel Hasan. Scripted by Moinul Shanu, the drama has been made under the banner of CMV.

The story of ‘Ghotona Shottya’ revolves around two neighbours named Bilkish and Mukul. They always cheat their owners.  Bilkish wastes her owner’s food and uses their cosmetics while Mukul steals car’s fuel and carries other passengers on his owner’s car. Incidentally, Bilkish and Mukul developed a love affair. But they face tragic consequences.

About the play, Rubel Hasan said, “Though the story of the drama starts with lie and theft, later it turns on a humanitarian story. Nisho bhai and Mehazabien apu have merged with the characters completely. I can say the audience will be amused by their acting once again.”

No note: Afran Nisho and Mehazabien Chowdhury starrer single-episode drama ‘Mohabbat’ has been well accepted by the audience. Directed by Rubel Hasan, ‘Mohabbat’ was released on the YouTube channel of CMV on April 10. Till June 8, nine million viewers enjoyed the drama.