Bangladesh to continue advancing with dignity 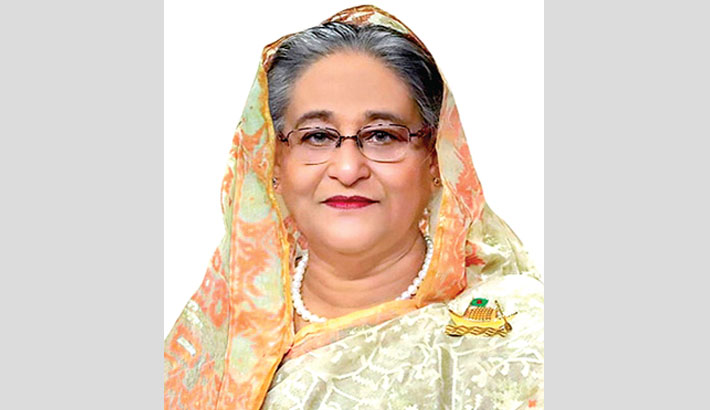 Prime Minister Sheikh Hasina on Monday said Bangladesh will continue advancing as a nation with dignity and will be established as a developed and prosperous country in the global arena, reports UNB.

“We had lost the ideology of the Liberation War after 1975 but it has come back today. Bangladesh will continue to march forward with dignity raising its head in the world and Bangladesh will be established as a developed and prosperous Sonar Bangla (golden Bangla),” she said.

The Prime Minister said this while addressing a special discussion marking the historic Six-point Demand Day on June 7.

On this day in 1966, Bangabandhu put forward a set of six demands widely acknowledged as the "charter of freedom" for Bengalis and a key milestone on the road to independence in 1971.

“Bangladesh will go ahead. It is proven true that blood (sacrificing lives) never goes in vain. Though the Father of the Nation is no more among us today, his ideology is there,” she said.

Sheikh Hasina said Bangladesh gained independence on the basis of the Six Points Demand as it had been actually a one-point demand for independence.

“We won the (1970) election, the war and finally the independence on the basis of the Six Points Demand since this formula had been written with blood on June 07 to materialize the demand,” she said.

Hasina, also eldest daughter of Bangabandhu, said there had been one-point demand inside the Six Points Demand. “We, the family members, at least knew it. He (Bangabandhu) used to always say that the Six Point Demand means the one point that means independence. Now we are an independent nation,” she said.

She said the date is very significant for the Bengali nation and the day was inscribed as a red letter one as 11 people including Monu Mia, Abul Hossain and Shamsul Haque sacrificed their lives going to enforce a nationwide hartal demanding the realisation of the six-point demand and release of the Father of the Nation from the jail.  She also recalled the role of her mother in enforcing the 7th June hartal successfully.

Referring to several speeches Father of the Nation Bangabandhu Sheikh Mujibur Rahman delivered in the rallies in different places to drum up support in favour of the Six Point Demand, she said that the Father of the Nation knew well before that Bangladesh would be an independent country.

The Prime Minister said the announcement of Six Point Demand was a reflection of the thoughts Bangabandhu had cherished since the birth of Pakistan to change the fate of Bengali nation.

She said Bangabandhu had finally got a ground to place the Six Point Demand after the 1965 India-Pakistan war when the people of Bangladesh (erstwhile East Pakistan) remained totally unprotected.

Immediately after its announcement, Pakistani rulers considered the demand as a move to separate Bangladesh completely from Pakistan, she noted.