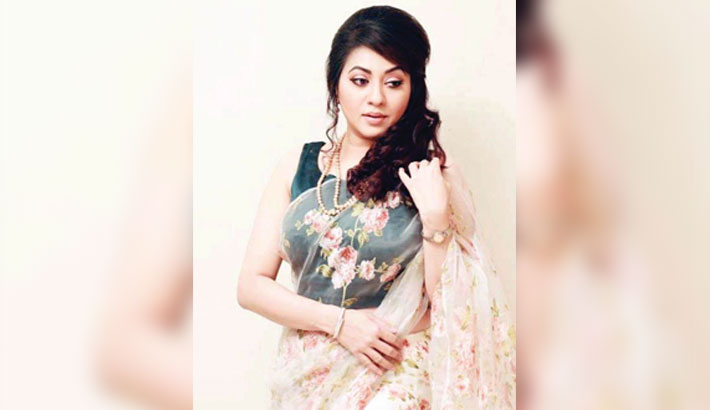 Tareen Jahan is one of the popular small screen actresses of the country. Tareen started her journey as an actress in 1988. Since then, she has appeared in many popular dramas and serials.

Tareen will now be seen in a movie titled ‘1971 Shei Sob Din’. Hridi Haq is directing the government-granted film.The first lot shooting of the film has been completed at different locations in Thakurgaon.

Talking about the film, Tareen said, “1971 Shei Sob Din” is a liberation war-based movie. A number of movies have been made based on liberation war. I think the movie ‘1971 Shei Shob Din’ is one of the best story-based films. The audience will see the different aspects of liberation war in the film. Hridi Haq is making the film with patient. She is taking much time for the movie. So, definitely it will be a good movie.”

“This is a story-based film. I will play the role of Laila in it. Litu Anam will be seen opposite me in the movie. In the meantime, the first lot shooting of the film has been completed and if all things go well then will stand before camera for the second lot shooting this month”, she added.

Tareen Jahan is an actress, model and singer of the country. She became first in acting, dancing, and storytelling category in Bangladeshi talent hunt ‘Notun Kuri’ in 1985.

Tareen got her first major role as a child actor in the TV drama serial ‘Ei Shob Din Ratri’ then she acted on the mega serial named ‘Songsoptok’, based on the novel by Shahidullah Kaiser, as a child artiste in 1988. Then, she appeared in numerous television plays, including, ‘Ful Baganer Sap’, ‘Kotha Chilo Onyorokom’, ‘U Turn’, ‘Maya’, ‘Harano Akash’, ‘Rajkonya’, ‘Shobuj Velvet’ and ‘Ogni Bolaka’.

She also acted in many Telefilms. She acted in two films – ‘Pirit Ratan Pirit Jatan’ and ‘Kajaler Dinratri’.