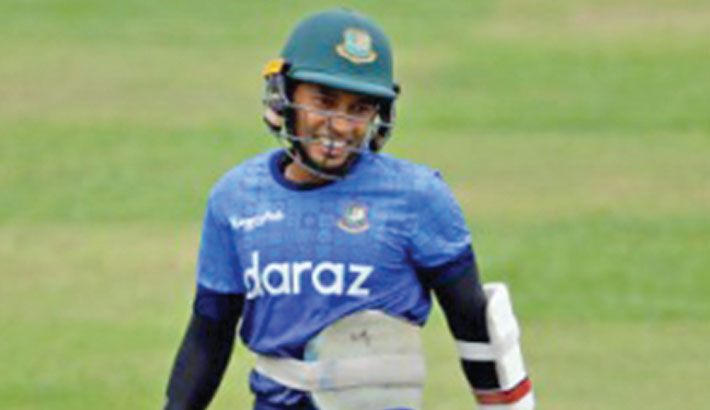 Bangladesh Cricket Board official said on Monday that national wicket-keeper batsman Mushfiqur Rahim desired to opt out of the upcoming Twenty20 series against Zimbabwe, slated to be played next month.

“Mushfiqur called me today (Monday) and wanted to opt out from the T20 series against Zimbabwe,” chief selector Minhajul Abedin confirmed The Daily Sun on Monday.

“We are yet to take a decision in this regard but we must respect their decisions in such cases,” he said pointing his fingers to the bio-bubble fatigue that gripped the entire cricket fraternity after being introduced following the corona pandemic.

Mushfiqur also missed the T20 series during the New Zealand tour earlier this year as his old shoulder injury resurfaced after the ODIs.

Minhajul said that they are confident regarding his availability during the T20 series against Australia and New Zealand, scheduled after the tour of Zimbabwe.

Australia and New Zealand are expected to play a five-match T20 series against the Tigers at their own den. The Australians are set to arrive first, upon the conclusion of their tour of West Indies, in early August, with New Zealand to come next.

Bangladesh were initially scheduled to play two Tests along with three ODIs and two T20Is but later BCB announced that one Test has been reduced from their upcoming tour while an additional T20 match was included in the fixture.

The tour will begin on July 7 with the opening Test in Bulawayo while according to the draft itinerary the tourists are scheduled to play a two-day practice game on July 3 and 4, though that looks uncertain in the present context.

Bangladesh are scheduled to fly on June 29 and initially it was planned that they will start their practice after three-day room quarantine at the hotel.

However, a BCB official said that their counterpart proposed for five to seven days quarantine after reaching Zimbabwe.

BCB is now trying to reduce the quarantine so that they can play the two-day practice game there. Bangladesh will play another warm-up fixture on July 14 - two days ahead of the ODI series. The ODIs are scheduled on July 16, 18 and 20 in Harare, while the three T20Is will be played on July 23, July 25 and July 27 at the same venue.

The wicket-keeper batsman is the captain of Abahani Limited in the ongoing Dhaka Premier League, which is being staged as a T20 tournament to give the players a chance to prepare ahead of the upcoming T20 World Cup, scheduled to take place this year.