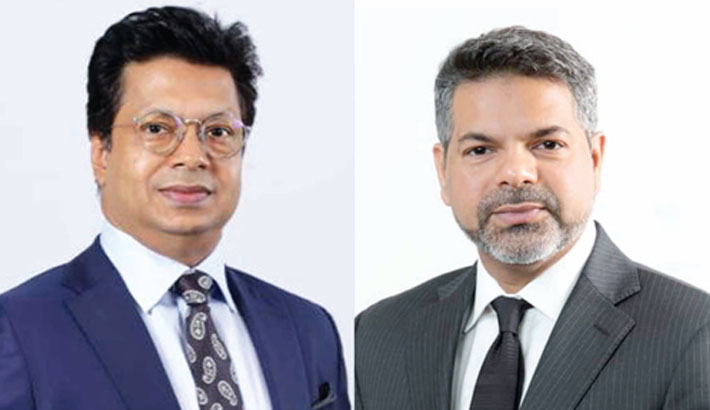 Both Chairman Aziz Al Kaiser and Vice Chairman Hossain Khaled are sponsor directors of the bank.

Aziz Al Kaiser became bank’s chairman in 2007 for the first time and then again in 2018 for second time.

He is also the chairman of City Bank’s subsidiary in Malaysia - CBL Money Transfer Sdn. Bhd. which has rolled out 12 branches so far. He is also chairman of the executive committee of the bank. Hossain Khaled obtained his BBA in Accounting from the University of Toledo, Ohio, and MBA from International Banking from A&M University (TAMU), Texas, USA.

He has led many group company portfolios and also achieved several milestones, including becoming the youngest President of Dhaka Chamber of Commerce & Industry and also Co-Chairman of Bangladesh Better Business Forum.

He is also the founding President of Entrepreneurs’ Organization (EO) Bangladesh.

Khaled is also a managing director of Anwar Group.

At City Bank, he is a member of the Executive Committee of the Board of Directors and also Convener of the Bank’s Risk Management Committee.

He is also the chairman of City Brokerage Ltd and City Hong Kong Limited.