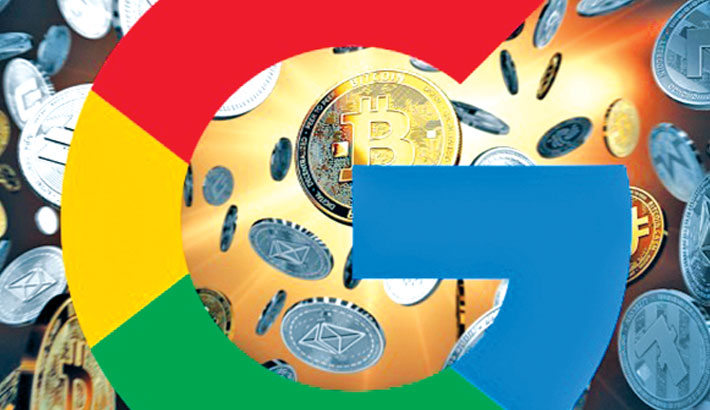 When Google announced that bitcoin traders would be allowed to buy advertising space on its pages from August, central banks were alerted to the next likely surge in publicity for crypto currencies.

A cryptocurrency is a digital or virtual currency that is secured by cryptography, which makes it nearly impossible to counterfeit or double-spend. Many cryptocurrencies are decentralized networks based on blockchain technology—a distributed ledger enforced by a disparate network of computers.

The increasing activity around digital currencies has not gone unnoticed at the Bank of England, and on 7 June Threadneedle Street’s brightest will publish a consultation document, setting out how a publicly operated electronic coinage system – one that would rival bitcoin – might work.

The report is a staging post in the bank’s work on digital currencies, and will also assess the prospects for so-called stable coins, ones whose value is pegged to something that already has a value.

Bitcoin is many things, but a stable coin it is not, according to Brian Davidson, economist at Fathom Consulting. Bitcoin fails the three main tests of a currency –that it is a store of value, that it qualifies as a unit of exchange and that it is a unit of account.

Its supporters say the rocketing value of bitcoin – from below £2,000 four years ago to 45 thousand Euros in April – shows it is a store of value but, says Davidson, by the same measure it could also be worthless one day.

And its volatility – bitcoin’s value has slumped 40 percent to about 26 thousand Euros since that April high – means holidaymakers wouldn’t know from one day to the next how much they had to spend.

However, the idea of a publicly formulated and operated digital currency, backed by the Bank of England and, ultimately, the British government, runs against all the tenets of a digital currency like bitcoin, which operates outside banking regulations.

Bitcoin allows payments to be sent between individuals’ digital wallets without anyone else knowing they happened, which is why it has been called a money-launderers’ paradise.

Larry Summers, former economic adviser to Bill Clinton, has criticised the US Federal Reserve for its apparent lack of concern about the rise of digital currencies.

This criticism could not be levelled at Sir Jon Cunliffe, the Bank’s deputy governor for financial stability, who has given several speeches on the subject and said last month that it was “probable” that the state would need to issue some form of digital cash to retain the public’s trust in money.

“The knowledge that under stress depositors have the option to switch into state money may be important in preventing a more general loss of confidence in money,” Cunliffe said. That presumes digital currencies will become big business and millions of people who opt to store money in an electronic wallet and pay for a service with it – only to become disillusioned when the service is not provided – deserve a back-up option.

Cunliffe is part of a taskforce examining the benefits and challenges of digital currencies and he will also present the findings of a consultation that asked how much people wanted it and why.

The banking industry will be interested to hear how the current form of digital money – used by most of us for payments from our phones, computers and debit cards – should be scrapped in favour of one that, while it looks modern, will, once surrounded by protections and regulations, operate much like money. Summers was an early enthusiast, but now says crypto currencies could be something akin to gold – kept to one side of mainstream money transfers.

“Gold has been a primary asset of that kind for a long time,” he said. “My guess is that crypto is probably here to stay as a kind of digital gold.” Maybe that would suit the Bank of England just fine.

Weekends have not been welcoming for cryptocurrencies for past some time, and to add to the growing woes, Tesla CEO Elon Musk has again rattled the digital coins through his social media posts.

On Sunday, Musk tweeted that “Goods & Services are the real economy, any form of money is simply the accounting thereof."

Bitcoin’s average swing on Saturdays and Sundays this year comes in at 5.35 percent. The world’s largest digital coin slipped to trade around $35,541 as of 5:30 am in New Delhi, down 4.12 percent in the past 24 hours.

After a onslaught of brickbats from crypto investors, Musk sought to defend his position on Bitcoin in his own way, "Don’t kill what you hate, Save what you love".

The move extends its downtrend for a second day after a cryptic tweet from Elon Musk that hinted at a potential split with the cryptocurrency.

While Weibo has cracked down on various crytocurrency-related accounts in the past years, the news came on top of recent harsh Chinese regulatory rhetoric that have already led to a plunge in prices for many digital coins.

However, as Bitcoin continues to fluctuate in a narrow range, a retest of the $30,000 level could also be in play until more positive catalysts emerge.