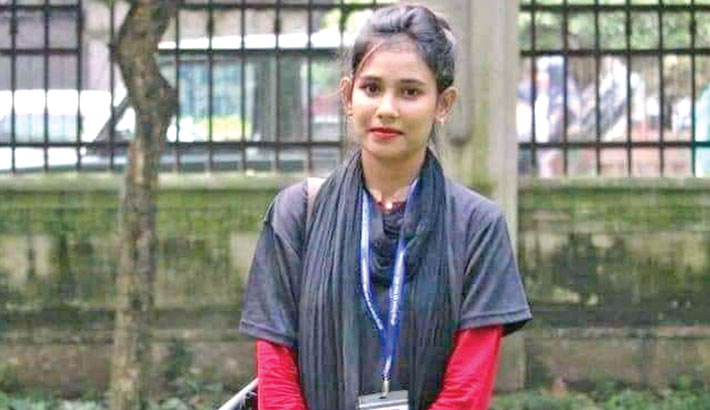 A female student of Dhaka University (DU) was found dead at the bathroom of Azimpur Government Staff Quarters in the capital on Sunday morning.

The deceased was identified as Israt Jahan Tushti, 22, a second year student of English Department of the DU.

Tusti, the daughter of Altu Mia of Atpara upazila in Netrokona district, was a resident student of Bangamata Sheikh Fazilatunnesa Mujib Hall. She had been living in a room of the quarters since the university dormitories remained closed due to the Covid-19 pandemic, said Taposhi, one of Tusti's friends.

Md Saiful Islam, station officer of Plassy Barack Fire Station, said the victim’s roommate  Rahnuma Tabassum Rafiq, a student of Islamic History and Culture at the DU, called 999 when she realised that their bathroom door got locked from inside for a long time.

Later, a fire service team rushed to the spot and broke into the bathroom on the ground floor of No 19 building of Azimpur Government Staff Quarters around 7:30am and rescued the student, he said.

She was taken to Dhaka Medical College Hospital (DMCH) where doctors on duty declared her dead, he added.