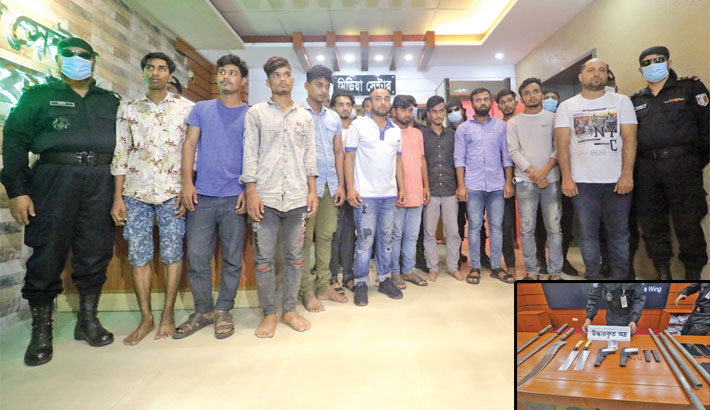 RAB personnel produce 12 members of a youth gang named ‘D-Company’ before journalists on Sunday after arresting them from the capital’s Uttara and Tongi in Gazipur on Saturday. Inset, the elite force also seizes foreign pistols, machetes, knives and iron rods from their possession. - SUN photo

Members of Rapid Action Battalion-1 (RAB) arrested 12 members, including the ringleader, of a youth gang named ‘D-Company’ from Uttara in the capital and Tongi in Gazipur on Saturday.

The RAB officer said the gang is involved in trading in drugs, eve-teasing, mugging, extortion, robbery and other crimes in the areas.