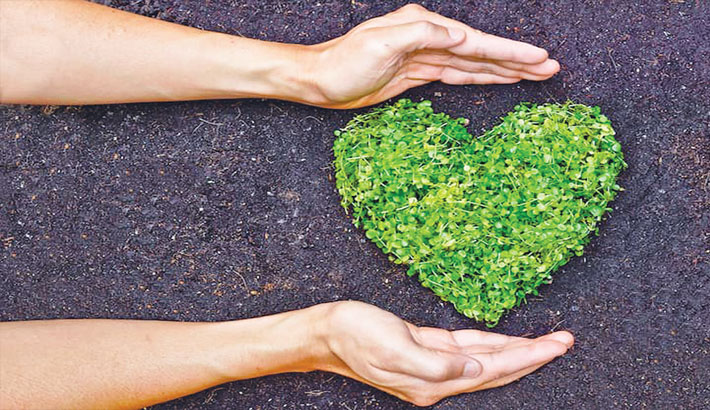 The most important moral and environmental concern of our time is climate change. Climate change not only threatens our ecosystems, it undermines the foundation of our fundamental rights, deepens inequalities and creates new forms of injustice.

Adapting to climate change and trying to mitigate its impacts are not just a matter of scientific knowledge and political will; it also demands a broader view of a complex situation. Do we prioritise the well-being of humanity over that of the environment? Who’s to be held responsible for climate change, and to what extent? How are we to handle the wide spectrum of implications of climate change? Is climate change even worthy of our concern?

Back in 1896, Swedish scientist Svante Arrhenius first gave us the idea that humans can cause climate change. But no one paid attention to his statement. In 1930, measurement showed that the average temperature of the USA and Northern Atlantic is increasing, but still people thought it may be a natural climate event.

But then a scientist named Guy Stewart Calendar published proof that climate change is underway and produced the first ever draft of a climate model. On June 23, 1988, James Hasen, a NASA scientist, gave a testimony that is considered to be the first call for climate action on a high level, which includes representatives from 195 countries whose goal is having the most up to date information on the problem of climate change. In June 1992, the Rio Earth Summit brought together representatives from 179 countries to discuss a plan of action to be taken globally to minimise negative human impacts on the environment and for the first time in history climate change became a major problem on the agenda of such an event. As a result of the conference, there was signed a very important document called the United Nations Framework Convention on Climate Change (UNFCCC), which is the great grandparent of the Paris Agreement.

The purpose of the UNFCCC document is to ensure that countries sign to show they agree with the words that climate change is a problem that countries have to consider actions to minimise their greenhouse gas emissions and make sure that the reduction of emission will be enough to keep us at a safe level. As for developing countries it was decided that they can participate voluntarily if they want to. The convention also suggested establishment of the financial mechanism to support developing countries in their fight with greenhouse gas emissions and with consequences of the climate change that they suffer from already. But it is also important to notice that the convention was not legally binding, meaning that countries did not have any legal obligation to actually deliver on their commitments. So the countries are abiding by this from an ethical perspective.

In 2015, the meeting happened in Paris and the result of the meeting was the Paris agreement. The agreement was signed in December 2015, and ratified in November 2016. The commitment period starts in 2020 and the review of the results is expected to be done every five years.

This time the agreement got ratified by 90 countries. Later the US withdrew from the agreement but is likely to rejoin soon enough. The Paris Agreement puts a particular focus on increasing adaptation capability, improving resilience, and reducing climate change vulnerability.

The goal this time is to make sure that the global temperature will not be increased by more than two degree Celsius and better if it can be above 1.5 degree Celsius component to pre-industrial level and we have to achieve a point of net zero emission by 2050 which means that greenhouse gas emissions produced had to become equal to greenhouse gas emissions occurring in the atmosphere by natural means from trees or oceans or by human technologies. To make it work, and to allow countries to be flexible on their targets and still meet the overarching goal of the agreement, it was decided to focus on processes and make them even more robust, aligned, transparent and comparable than ever before between the countries. Over 280 scientists from IPCC helped to prepare an up to date methodology for greenhouse gas inventories based on latest science and there are also improvements in market mechanisms. Here commitments to reduce greenhouse gas emission are not legally binding. There are some legal obligations to its established emissions tracking system and conduct regular reporting but to actually deliver on the results and comply with the targets that countries calculated for themselves, there is no obligation.

Climate agreements like the UNFCCC and Paris Agreements are entirely independent of ethical background and in some cases geopolitical considerations. These existing climate agreements are proven to be not properly adequate to reduce GHG emission which is causing climate change and many consequences. One of the main reasons for this failure is that, currently the legally binding climate change agreements lack an implementation mechanism. Established legal systems are failing to cope with the complexity of the global problem and the wide-ranging effects on individuals because they are non-punitive, non-adversarial and versatile in nature.

Establishing a new specialist International Court can be an effective way for non-penetrative non-adversarial and flexible in nature regimes. First, the International Court will not punish the polluters. That would be more in line with the criminal justice system, and that would discourage states from participating in the process. Second, The International Court of Justice should serve as a platform for elevating conduct in accordance with universally agreed-upon principles. The Judge will be someone who will understand scientific reasoning related to the geopolitical international economic and social development priorities of the states. And the judiciary has to be valid. Third, non-state and state all have to be accountable. Fourth, the decision of the court will be compulsory for all the states. Fifth, apparitional treaty language will not be sufficient for climate change. Now there is more need for enforcement rather than aspiration as humans act properly.

As a result, the ultimate goal of the International Court on environmental issues will be to establish international confidence, clarify legal responsibilities, harmonies and complement current climate regulatory frameworks, provide access to justice to a wider spectrum of actors, and develop workable alternatives for international standard regulation. (Zaman, 2019)

We should approach this from an ethical perspective rather than a law binding perspective. It will bring a long lasting change in us and as a result it will be more sustainable. It’s important that we should be aware of all these and only if we work together to achieve this on a personal level can we hope for a livable earth for our future generations.