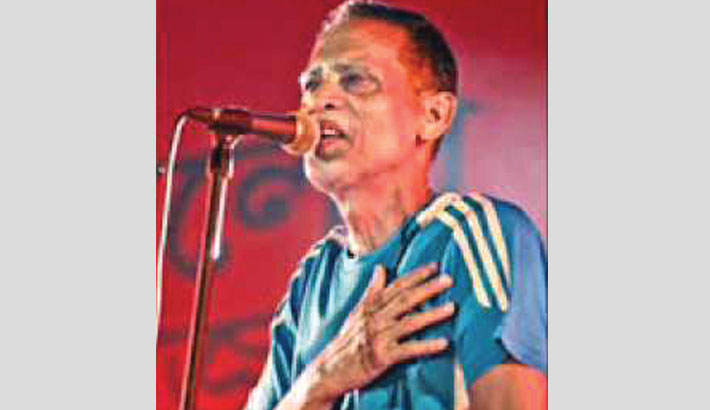 On Saturday was the 10th death anniversary of iconic Bangladeshi rock star Azam Khan, a legend who is considered a pioneer and one of the greatest music artists in Bangladesh.

His courageous attempt to bring western rock into Bengali music inspired countless youth, fellow music artists and millions of fans and followers who still remember him as the ‘Pop Samrat’ (King of Pop) with utmost love and respect.

Mahbubul Haque Khan, popularly known as Azam Khan was on February 28 in 1950. He was a versatile singer, songwriter, record producer, and lead singer for the rock band ‘Uchcharon’ in independent Bangladesh.

On his 10th death anniversary, many of his fellow music artists and fans took to social media to convey their feelings about the legend.

Azam Khan has also sung for many films and acted in ‘Hiramon’ (1986) and ‘Godfather’ (2003). His popular solo tracks, including, ‘Rail Line er Oi Bosti te’, ‘Papri Keno Bojhe Na’, ‘Obhimani’, ‘Ashi Ashi Bole Tumi’, ‘Highcourt Er Majare’, ‘Ami Jare Chai re’, ‘Alal O Dulal’, ‘Ore Saleka Ore Maleka’ and ‘Jibone Kichu Pabona re’.  Apart from being a freedom fighter and rock icon, he also played professional cricket as a passionate cricketer in the second division league of Dhaka in 1998, at the age of 48.

Azam Khan breathed his last on June 5 in 2011 at the Combined Military Hospital (Dhaka) at the age of 61, after a long battle with oral cancer.