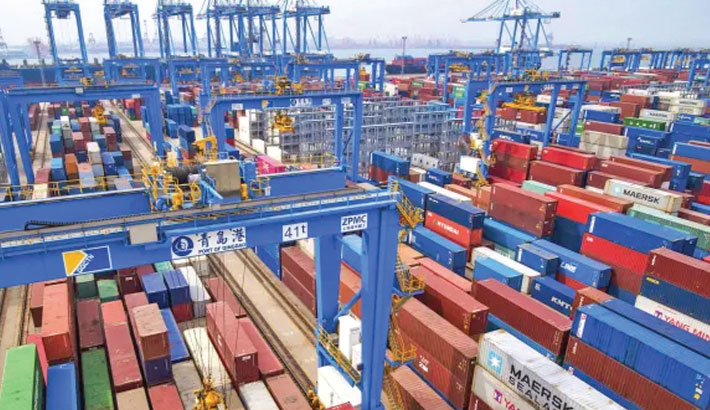 Although the statistical base effects of sharp declines seen a year ago are seen keeping trade growth elevated, real demand has also made a significant recovery, report agencies.

Exports are expected to have risen 32.1per cent in May from a year earlier, according to the median forecast in a Reuters poll of 21 economists, largely in line with a 32.3per cent gain in April. Imports likely rose 51.5per cent in May versus a year ago, the poll showed, higher than the 43.1per cent growth in April. Analysts attributed the jump to surging commodity prices, revived domestic demand and a low base effect.

China’s commerce ministry said on Thursday it expects outbound shipments to maintain good momentum in the first half of 2021.

“Demand in developed economies stayed elevated in May, and the resurgence of coronavirus cases in emerging markets has led to slow production and continued shift of orders to China,” said analysts with China Minsheng Bank. Solid demand was seen in U.S. and European factory surveys, which showed manufacturing activity expanding at the fastest clip in years. However, exporters are grappling with higher raw material and freight costs, logistics bottlenecks and a strengthening yuan, which diminishes trade competitiveness.

Prices for commodities such as coal, steel, iron ore and copper have surged this year, fuelled by easing pandemic lockdowns in many countries and ample global liquidity.

China’s policymakers have expressed concern about rising commodity prices in recent weeks and called for stricter management of supply and demand and to crack down on “malicious speculation.” The yuan is near three-year highs against the U.S. dollar, having risen 1.4per cent over the past four weeks.

China’s official PMI on Monday showed factory activity growth slowed slightly in May as raw materials costs shot up, weighing on the output of small and export-oriented firms.

The trade surplus is expected to be US$50.5 billion in May, widening from US$42.86 billion in April, the poll showed. The data will be released on Monday.

“The pandemic-induced surge in China’s share of global exports is likely to reverse in the coming quarters as virus disruptions fade and global consumption patterns return closer to normal,” said analysts with Capital Economics.