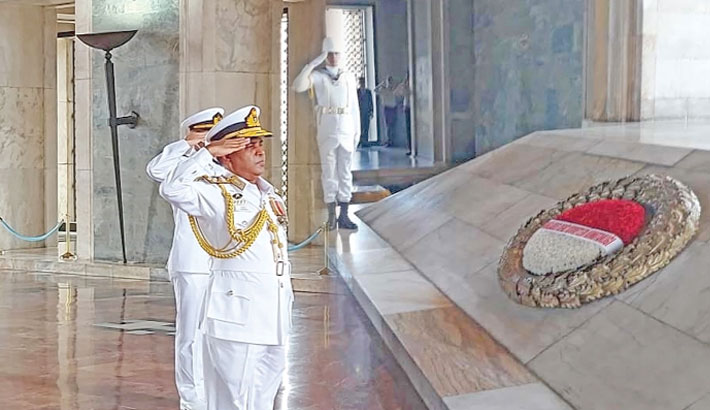 During the visit to Turkey, the Chief of Naval Staff paid homage to the tomb of Mustafa Kemal Ataturk, the country’s first president and father of modern Turkey.

He later paid a courtesy call on Admiral Adnan Ozbal, the country’s navy chief. When the naval chief arrived at the country’s naval headquarters, he was given a guard of honor by a well-equipped team. He visited the guards and received salutations.

During the meeting, the naval chiefs discussed issues of mutual interest including training between the two friendly countries, shipbuilding, enhancing mutual cooperation in cyber security.

The Chief of Naval Staff also exchanged views on issues of mutual interest with the Chief of the Armed Forces General Yasar Guler, Chief of Army Staff, Chief of Air Staff and President of the Defense Industry.