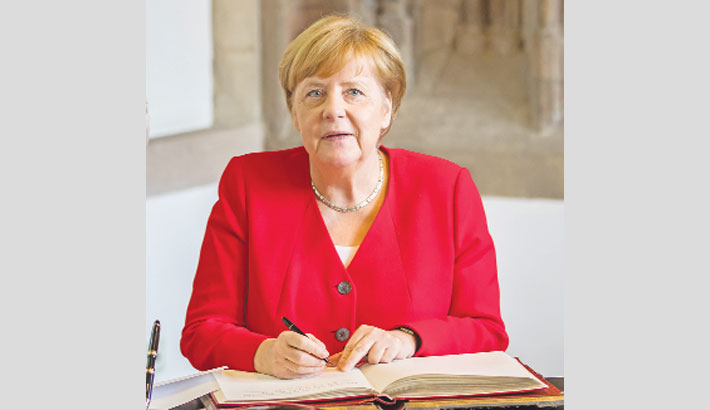 Germany’s Chancellor Angela Merkel said on Saturday she hoped for “concrete measures” at the global summit on climate change due to take place in the Scottish city of Glasgow in November, reports AFP.

“The Paris agreement shows us the way to limit global warming to a tolerable level,” Merkel said in her video message ahead of a preparatory conference for the summit in Bonn. The Glasgow talks, must “absolutely give new impetus to concrete measures”, she added. The 26th edition of the UN Climate Change Conference of the Parties—COP26 — will be the biggest climate summit since the 2015 Paris negotiation.

“Up to a million species are threatened with extinction, many of them already in the coming decades,” said Merkel. “We urgently need to stop this development.”

She welcomed recent developments such as the decision of the European Union to ban single-use plastics such as straws and cotton buds from July.

“Doing without them will be easy and will greatly ease our environment,” she said.

“In Europe, we have already come a long way,” she added, citing the commitment of EU member states to be climate-neutral—an economy with net-zero climate emissions—by 2050.

Germany has set more ambitious targets, she pointed out.