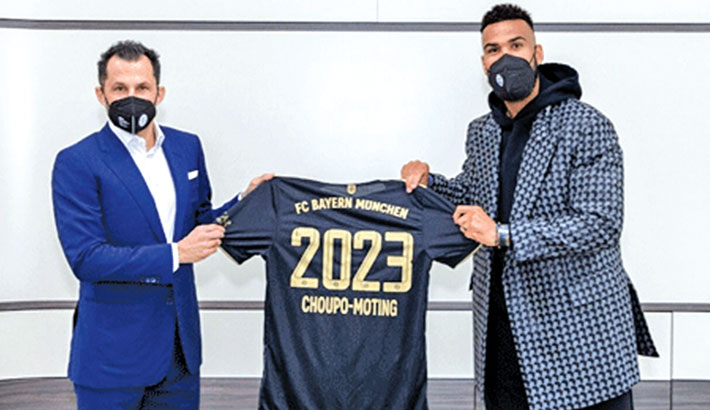 Bundesliga champions Bayern Munich have extended the contract of back-up striker Eric Maxim Choupo-Moting by two more years, it was announced on Friday.

The veteran 32-year-old Senegal striker, understudy to this season's Bundesliga top scorer Robert Lewandowski, was out of contract this month but has signed a new deal until 2023.

When Lewandowski was sidelined by a knee injury in April, Choupo-Moting scored against his former club Paris Saint-Germain in both legs of the Champions League quarter-final as Bayern bowed out on away goals.

"I am proud to be here. FC Bayern is a very special club, the number one club in Germany and also one of the best clubs in the world," said Choupo-Moting in a statement.

"I want to continue to have success with the team, I'd like to reach the German Cup final in Berlin and ideally win the Champions League."