Alexander-Arnold ruled out of Euro 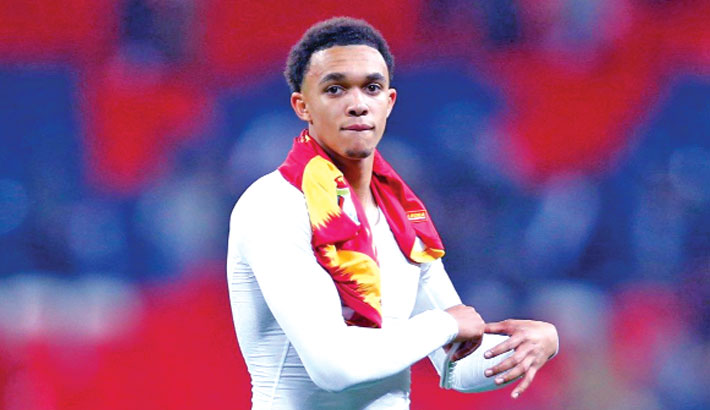 Alexander-Arnold limped off in the closing stages of England's 1-0 win after sustaining the injury while clearing the ball.

The Liverpool right-back looked emotional as he was helped around the pitch and England manager Gareth Southgate admitted after the game that it was "not a good sign".

Alexander-Arnold had a scan on the problem on Thursday and the 22-year-old is expected to be sidelined for six weeks, which will rule him out of the European Championship.

"Trent Alexander-Arnold has been ruled out of UEFA Euro 2020," a Football Association statement said. "The Liverpool player sustained a thigh injury in the closing stages of Wednesday's 1-0 win against Austria in Middlesbrough.

"A scan on Thursday confirmed the 22-year-old will be unable to play in the forthcoming tournament so has withdrawn from the England squad to return to his club for rehabilitation.

"Gareth Southgate will not confirm a replacement until after Sunday's return to the Riverside Stadium for the warm-up fixture against Romania."