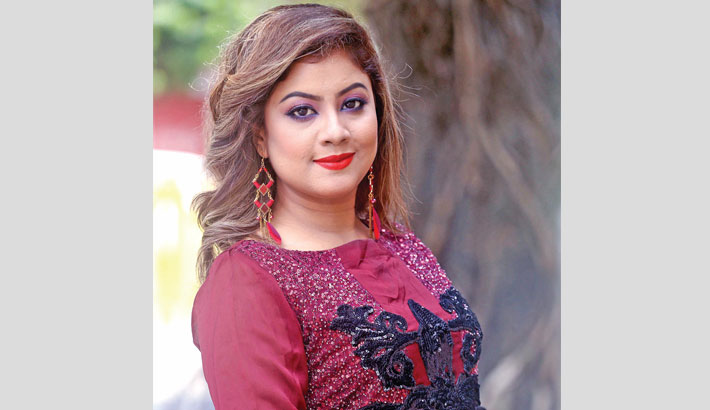 Popular singer Haimanti Rakshit Das has lent her voice to a new song on the occasion of Jamai Shashthi. The recording of the track was done at a studio in the capital on Wednesday.

The song has been made for the special programme ‘Sera Jamai Juddho’, organised by the country’s renowned fashion brand Bishworang. Planned by Bishworang’s founder and designer Biplob Saha, the song has been written and composed by Uzzal Sinha.

About the song, Haimanti said, “This is my first song about Jamai Shashthi. I love the lyrics and tune of the song. The audience can feel a festive vibe through the song. Thanks to Biplob Saha and Uzzal Sinha dada for this wonderful song.”

Biplob Saha said, “We are delighted to welcome Haimanti to Bishworang family. I think this is the first song in Bangladesh about Jamai Shashthi. And Haimanti has sung the song beautifully. I hope, everyone will like this festive song.”

The song will be published on the Bishworang’s Fashion Club and YouTube channel.

To note: Jamai Shashthi is a traditional Bengali ritual observed in June. According to the Bengali calendar, it is celebrated on the sixth day of Jaishtha month. On this day the son-in-law receives grand treatment at his in-law’s house. The mother-in-law is supposed to cook various delicacies for the son-in-law and organise the whole celebration.

This year Jamai Shasthi will be celebrated in June 16.