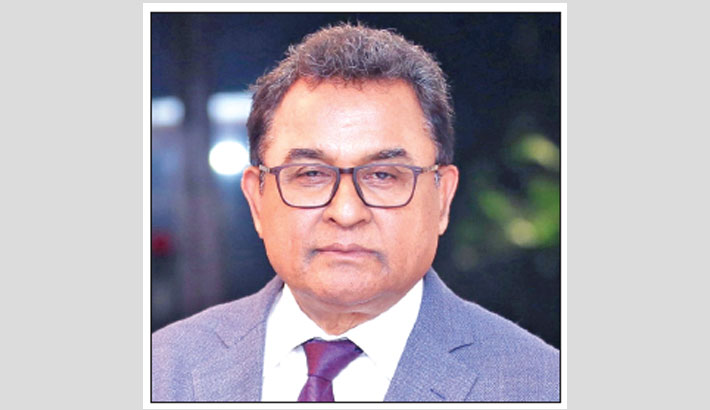 The tax cuts offered to businesses and industries in the proposed national budget will help increase investment and create more jobs rather than squeezing revenues, Finance Minister AHM Mustafa Kamal said in a reaction on Friday.

“I hope the new budget will create new investment, employment and improve livelihood of marginal people,” he told reporters at an online post-budget press conference.

“Business is a flexible term, demand for which changes time to time. Tax benefits have been offered to them keeping in mind their demands at this moment as Bangladesh is connected to a market economy,” he added.

The finance minister has also defended the budgetary fiscal measures, saying that the government’s main target is to enhance tax collection with gradually lowering tax rates. 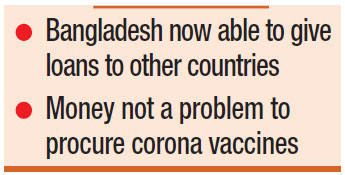 “Eventually we’ll be the winner. Tax rates have been curtailed to enhance collection.”

“The government’s work is not revenue generation only. Its major objective is employment generation. The fiscal measures will help it,” he added.

The finance minister’s comments came a day after he placed a lofty Tk 6.04 trillion budget for FY22 with huge tax cuts, including 2.5 percentage points cut in corporate tax, mostly for businesses and local industries with a hope to create jobs to help corona recovery.

Finance Secretary Abdur Rouf Talukder argued that the issue of employment generation has not only addressed from the fiscal side but also from expenditure side. He pointed out that ADP expenditure has been increased more than what has been estimated in the 8th five-year plan only to create jobs.

The main objective of corporate tax cut and tax cuts for ‘Made in Bangladesh’ products is to increase investment and employment generation.

Replying to a question with regard to 6.2 percent budget deficit, the finance minister said Bangladesh is still in a comfort zone as its debt to GDP ratio is below 40 percent while the ratio is nearly 100 percent for China.

“Bangladesh will be in a position to lend neighbouring countries in short time,” he said.

He explained that like other nations of the world Bangladesh had to go for an expansionary budget amid corona as a tool for economic recovery.

Planning Minister MA Mannan said it is a positive sign for developing countries that their budget will have deficit.

He assured that money won’t be a problem the country has been able to create a good image among the development partners.

Mustafa Kamal was hopeful of achieving the targeted 7.2 percent GDP growth as outlined in the budget. He claimed that the country has all the necessary platforms now and all the macroeconomic indicators in its favour to achieve such a growth.

Both the finance minister and Agriculture Dr Abdur Razzaque assured that there will be no money-related problem for procuring Covid-19 vaccines, citing the Prime Minister’s insistence on inoculating people in a short time.

The finance secretary said a total of Tk 142 billion has been set aside for procuring vaccines in the next fiscal budget, which he thinks will be enough for the purpose.

About allegation for low allocation on health sector, Talukder said the increase in allocation for health sector is 13.3 percent for the next year which is much higher than that of the overall increases in other sectors.

Mentioning a demand-supply mismatch and lack of experience in health ministry, he pledged for addressing the issue in the next fiscal year to overcome their low money spending capacity.

With regard to agriculture sector’s allocation, Razzaque said from the very beginning of its first term, the Awami League-led government attached highest importance to the agriculture sector, for which food production in the country has increased.

The government’s main objective is to commercialise and mechanise the agriculture sector to increase processed food export from the country, he informed.

About his present stance with regard to black money, Kamal said the budget is “wide open” and he has not proposed continuing the money-whitening provision as he received criticism that the facility cannot ensure “equitable justice” even though it has some positive sides.

The stimulus packages declared to recover economy from the shocks of the Covid-19 pandemic will be continued until the finish of the disbursement of total money under the packages, the finance minister said.

Bangladesh Bank Governor Fazle Kabir said the total volume of 23 stimulus packages has stood at Tk 1.28 trillion of which 83 per cent is already implemented.

Giving example of some packages the BB governor said of Tk 400 billion stimulus packages for working capital loans to affected industries and service sector, Tk 320.6 billion has been disbursed so far among 3257 enterprises.

Another stimulus package of Tk 200 billion working capital loans provided to SMEs, cottage industries, Tk 147.41 billion has been implemented so far among 90000 beneficiaries of the sectors, he said.