A cautious but growth-oriented budget 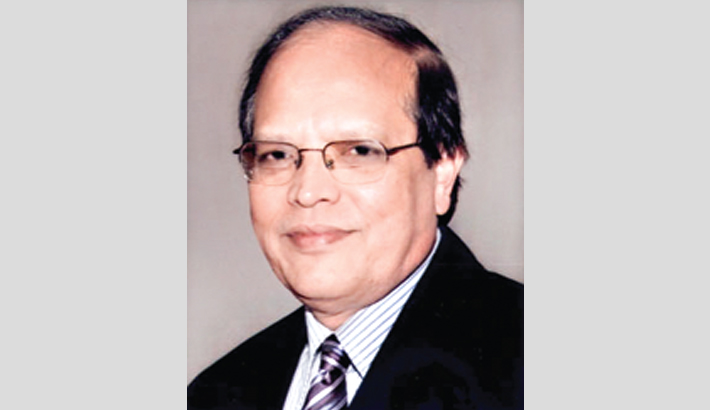 COVID-19 is turning out to be the biggest disaster not only for Bangladesh but as well as the whole world. Despite many challenges Bangladesh has been doing relatively better than its peers in managing this disaster mainly due to its inherent fighting spirit gained through many shocks, both man-made and natural. Because of the prudential policies undertaken and realized by the government led by honorable Prime Minister Sheikh Hasina- over the last ten to twelve years  Bangladesh now stands on a very strong macro-economic base which is helping us in the process of recovery. We must also thank the government as a whole and especially honorable Finance Minister for coming up with a cautious but growth-oriented national budget proposal amid the pandemic situation for the second time in a row. Of course, one could point out many areas of further improvement in terms of allocations in this budget proposal. But I believe the policymakers have considered the challenges of spending efficiency and chosen to be a bit more cautious than expected. But it is still too early to put a label on this budget. I am sure the finance minister will further explain the proposal throughout this month during the Budget Session of the National Parliament. But from an initial review it appears to be a cautious budget, which can still serve the purpose of emergency response if implemented with utmost efficiency.

Bangladesh fortunately has been able to maintain stunning macroeconomic stability defying all odds including the multifaceted fallouts of the ongoing pandemic. None can deny the eye-catching successes of Bangladesh in maintaining stability of prices and exchange rate, moderate growth in exports, domestic revenue and galloping growth in inward remittances, record high foreign aid and foreign exchange reserve. Based on this macroeconomic strength the budget-makers have tried to formulate a reasonably pragmatic budget. However, they could do more. I am sure, many like myself, were expecting to see a significant change from the recent years in the amount allocated to health sector. Health allocations increased from BDT 29,247 crore to BDT 32,731 crore, almost 12 percent increased from the proposed budget of the ongoing fiscal year. But the proposed figure for the coming fiscal year is still hovering around 5 percent (health allocation for FY 2021-22 is 5.4 percent of the total proposed budget). It should have been around 7 percent. We will have to wait a few more days to have further disaggregated information about the budget allocations. Then perhaps we will be able to better identify the qualitative changes in the health allocations.

Share of social security and welfare in the total budget is almost 6 percent. The total allocation for this sector has increased from below BDT 30 thousand crore to over 34 thousand crore- reflecting the will of the government to safeguard the poor and marginalized. Such increase in allocation is especially required for the families who have fallen below the poverty line due to the pandemic induced economic stagnation. Education and Technology remains as usual the highest allocation receiving sector with BDT 94,877 crore allocated to it (almost 16 percent of the total budget). This sector indeed deserves as much priority as health especially in the context of educational institutions remaining closed for one and half years.

Transport and communication receiving the third largest share (12 percent of the total budget) bears special significance as all our mega projects are being financed from this sector. Timely implementation of these projects will have positive multiplier effects on the economy. Agriculture budget has increased by 6 percent, and so has the total national budget. This is testament to the government being very much aware of the contribution of this sector in safeguarding the country from the pandemic-induced economic slowdown.

The revenue proposals appears to me as the strongest part of the new budget proposal. Tax/Tariff reduction on Locally manufactured or assembled computer, laptop, notebook, notepad, tab, keyboard, mouse, motherboard, power bank, router, network switch, network device/hub, power tiller, combined harvester, stainless steel and poultry feed ingredients is a timely move. So are the initiatives like Tax cut for IT service providers, hardware manufacturer; and 10-year tax exemption for agro industries, entrepreneurs. However, increasing tax on MFS providers and not decreasing tax on private universities are among the policies that need to be reconsidered.

Despite all these positive characteristics of the budget the challenges remain in implementation. The quality implementation is the key issue here. We will strongly urge the government to design a digital dashboard to monitor the pace and quality of implementation of the budget. The development budget needs this intervention more urgently. The public-private partnership in implementation process is also needed badly. The mega projects that are nearly completed should get more priority in getting the fund and administrative so that they can get going. These mega projects can be game changers for Bangladesh as they will bring in more investment from abroad and also from within in addition to increased employment.And that’s why I would like to call it a growth facilitating budget .

The writer is the former Governor of Bangladesh Bank and Chair of Unnayan Shamannay.