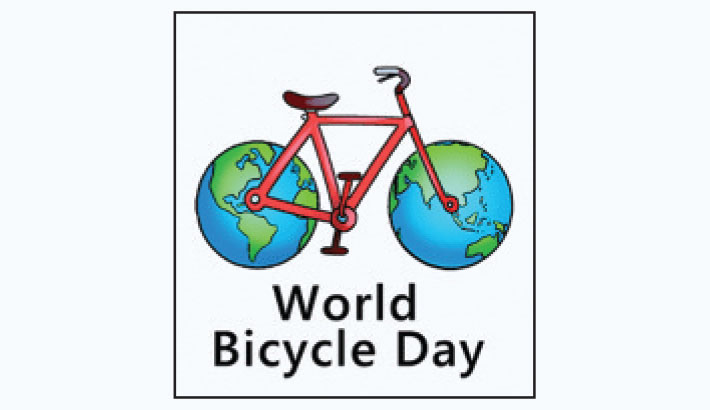 The World Bicycle Day will be celebrated in the country as elsewhere across the globe today to create awareness about multiple societal and health benefits of using the bicycle for transport and leisure.

On April 12, 2018, the United Nations General Assembly declared June 3 as the World Bicycle Day acknowledging the uniqueness, longevity and versatility of the mode of transport.

Country’s byclists often allege that roads of major cities are not bicycle friendly as there is hardly any separate lane for bicycles.

According to the Dhaka Transport Coordination Authority (DTCA), around 7 lakh motorbikes and 2.87 lakh private cars are running on the streets of the capital and 40 new cars are added per day.

It means in a city of more than 18 million people, about 70 percent streets are occupied by cars.