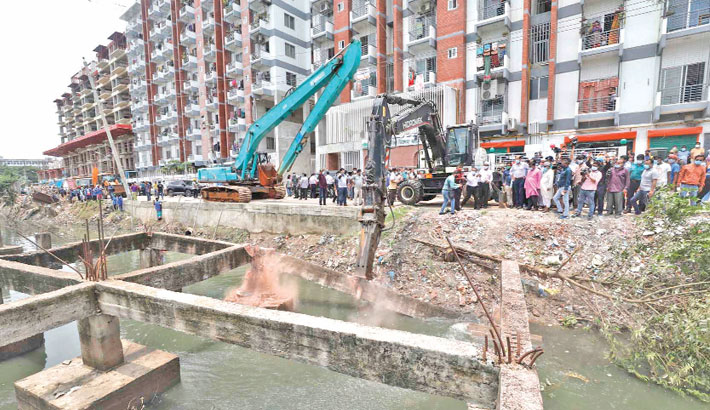 Dhaka North City Corporation (DNCC) Mayor Atiqul Islam on Wednesday said that the Baunia Canal in the capital was occupied by a government body in the name of rehabilitating slum dwellers.

He said that due to the illegal occupation of the canal, residents of Mirpur area are suffering from extreme water-logging problem. He also said that a road was built by National Housing Authority occupying a major portion of 60-feet wide- and- eight-kilometer-long canal.

“Three water retention areas under Dhaka North City Corporation have been seized unfairly. As a result the water cannot drain away, which causes water-logging. We are working to free the canals from occupation,” he said.

“The canal is 60 feet wide on paper but the reality is different. The government tried to free the canal many times in the past, but all the efforts have proved futile. I must free the canal this time,” DNCC mayor added.

Mayor Atiqul said that they have a target to rid the city dwellers of water-logging by two years.