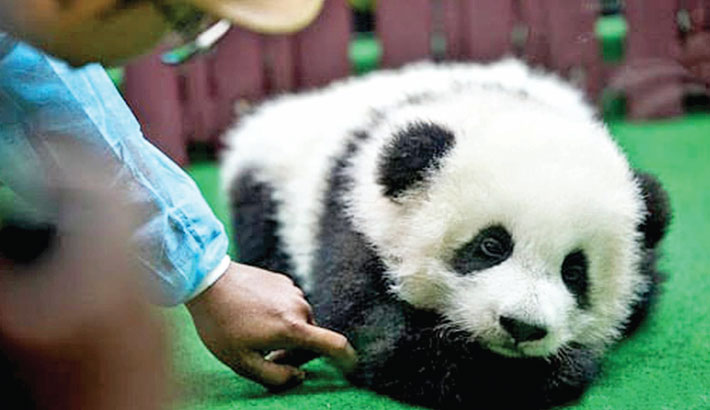 A giant panda loaned to Malaysia from China has given birth to a rare third cub during its stay in the Southeast Asian country, wildlife officials said on Wednesday, reports AFP.

The cub was born Monday at Kuala Lumpur zoo to Liang Liang, who has been on loan to Malaysia since 2014 along with a male panda, Xing Xing, said the country’s wildlife department.

As it can be difficult to get pandas to breed in captivity, three cubs is a rare success. Officials have been unable to get a close look at the new cub, and do not yet know its sex as it is being closely cared for by its mother.  The first cub, Nuan Nuan, was born in August 2015 and was sent to China in 2017 as part of Beijing’s agreement with Malaysia over cubs born in captivity. The second, Yi Yi, was born in January 2018, but has not yet been sent to China due to coronavirus restrictions, wildlife officials said.

Liang Liang and Xing Xing came to Malaysia on a 10-year loan.

Their arrival was held up by a month after the disappearance of Malaysian Airlines flight MH370 -- carrying mostly Chinese passengers—caused tensions between Kuala Lumpur and Beijing.

It’s estimated that there are around 1,800 giant pandas left in the wild, living mainly in bamboo forests in the mountains of China, according to environmental group WWF.

The International Union for Conservation of Nature classifies giant pandas as “vulnerable”.