Better to Think Resettlement of Rohingyas instead of Repatriation 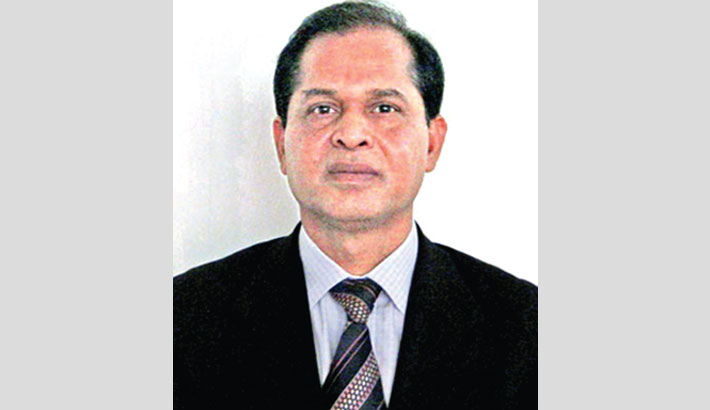 The world community is well aware of the fact that the recent political development in Myanmar is a usual event. But for Bangladesh, the country which has a burden of more than a million Rohingya population on its shoulder, the issue is something to be worried about. This change in Myanmar has not only turned the Rohingya repatriation process more complicated, but also made it an uncertain issue. Nobody can ensure whether Myanmar will, at all, take back its nationals sheltered in Bangladesh. The military junta-led government has no time to think about the Rohingyas, as it has other things to keep the chairs secured. It’s true that the repatriation issue had never been a priority issue even during Suu Kyi’s government, though there were spaces for negotiations. Anyway, Myanmar holds the same sentiment, whether there is a civil or military government, against its Rohingya population, particularly the Muslims.

The history of Burma and the present-day Myanmar is more or less a compilation of military rules. Its history contains only a few pages that may be described as the periods of civilian/democratic governments since the British left the country in 1948. But there is no way to deny that the country has been militarized in such a planned way that military has a share at each and every level of administration, political portfolios and all other public affairs. In fact, which-ever group forms the government, Myanmar armed forces, directly or indirectly, run the country. If a country, since its inception, remains so many years under militarism, how we can expect humanity or justice from that nation!

During his visit to Bangladesh in the last week of May 2021, the President of the 75th session of the UNGA Mr. Volkan Bozkir called on Prime Minister Sheikh Hasina. At that meeting, the Bangladesh Prime Minister expressed her deep concern about the uncertainty of the process of repatriation of Rohingyas due to the recent political developments in Myanmar. She also briefed the UNGA President about the temporary accommodation made by her government at Bhasan Char for a portion of the Rohingyas staying in the camps in Cox’s Bazar.

Mr. Volkan Bozkir, while visiting Rohingya camps in Cox’s Bazar has expressed the determination to ensure a better future for the forcibly displaced Myanmar nationals who have taken temporary shelter in Bangladesh amid ethnic cleansing and genocide in Rakhine state. He has said that the world has not forgotten the plight of the Rohingya people and that the United Nations General Assembly is determined to ensure a better future for them. He, amid widespread criticism by a number of international organisations and right bodies, has also appreciated Bangladesh’s efforts for accommodation of Rohingyas at Bhasan Char. We do not know how much he would be able to do during his presidentship. But we must appreciate his efforts.

We know that over a million Rohingyas were given shelter by Bangladesh when they had to leave their homes in 2017 in fear of the atrocities of the Myanmar military. Though a Memorandum of Understanding on the repatriation of Rohingyas was signed between Bangladesh and Myanmar on 23 November 2017, but not a single Rohingya has so far been repatriated to Myanmar till date, though it was agreed by both parties to commence the repatriation from mid-November 2018.

During the last four years, much deliberation has taken place over the Rohingya issue. Even, the Nobel Peace Prize winner Aung Suu Kyi had to defend her country at the International Court of Justice. Anyway, things have become more critical after the military junta, throwing out Suu Kyi from power (as visible), has taken over the affairs of the country. Whatever thin ray of hope was there, the military government of Myanmar has totally washed out that. We do not know when the situation there will be conducive to continue the negotiation. The world community might impose many bars on Myanmar, but that might not work in convincing the junta government to resume discussion on the Rohingya repatriation process. We fear, the ultimate result might be a ‘Big Zero’, at least at this moment.

It would be a long write-up if I mention the efforts so far Bangladesh and other countries have made to solve this crisis. There were bilateral initiatives as well as initiatives taken at regional and international levels. The pressures are still there. China and India, the two important neighbours and friends of both Bangladesh and Myanmar, can produce a positive result if they really like. Unfortunately, though we have always been expecting, there remains lack of strong willingness or commitments from these two countries in solving the issue. It needs their practical involvements not only in diplomatic words, if they desire to solve the problem at all. There are reports that China is going to sit down with Bangladesh and Myanmar to find out a solution. At this juncture of the situation, this initiative of China might bring some good news. We also hope that China and India will stand by the side of these Rohingyas from their hearts, not in usual diplomatic dress.

At this point, I cannot stop myself from sharing an event of one telephone conversation between two leaders from two political parties, when I was present at one end. The other side was complaining this side that he had criticized their party’s activities in a nasty way while delivering his speech at a public gathering. This side replied, “Please follow the same while you will deliver your speech. This is politics. Leave your political behaviour in the fields. We are friends when we are in a social gathering or in our houses.” To a bureaucrat, it was obviously something to learn how a political leader plays with politics and people.

Whatever initiatives, commitments or voices of the world community have been made or raised are nothing, but seems to be a part of usual diplomatic norms and practices. They are trying their best to make Bangladesh happy by expressing their feelings for the Rohingyas in various ways, including aids and assistances. On the other hand, they are maintaining their diplomatic ties with Myanmar for their own interests. This is nothing but diplomatic ways of dealing and we have to understand that reality. However, we should not be disappointed, rather put our best efforts to come out of the problem diplomatically and politically through this way or that way.

In this context, I would like to refer the issue of the ethnic Nepalese (Lhotshampas or southern Bhutanese), who had to take shelter in Nepal once they were evicted from Bhutan in the late 1980s and early 1990s for a number of reasons that I am not explaining here. More than 100,000 refugees lived in seven camps in Nepal. There had been several rounds of bilateral talks between the two countries including signing of an agreement for voluntary repatriation, but no practical solution of the crisis was seen. However, in the second half of 2000s, those refugees were brought under a third country resettlement plan and many countries agreed to receive them as they would not pose any security risk like Iraqi, Somali or Afghan refugees. Majority of those refugees were taken by USA and the rest, by countries like Australia, Canada, Norway, the Netherlands, Denmark, New Zealand, UK, etc. It took more than twenty years to overcome the problem, not through repatriation process but through resettlement in third countries. Otherwise, we have to see those refugees in the camps in Nepal till now.

Considering the past and present position of the Rohingya issue, it would be better if the world community can find alternative arrangements to resettle them in third countries, instead of putting so much thoughts and energy for ‘no positive result’ from Myanmar in taking back its nationals. As far as I can guess, if Myanmar remains reluctant, no country or organization in the world will come to force Myanmar in taking back the Rohingyas. There involves international politics and diplomacy. Having that situation, it might be a better option to resettle them in other destinations to bring these people to their normal life, which can only ensure their basic human right as human beings. Our only expectation is that the Rohingyas return to their own homes or are resettled in third countries soon with dignity and safety.