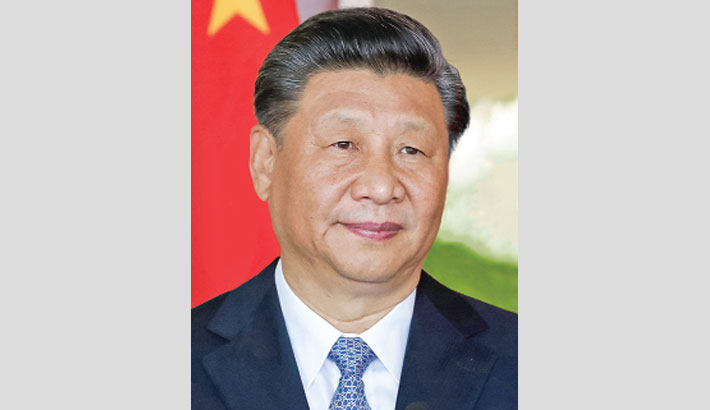 BEIJING: China’s president has said he wants the country to “expand its circle of friends” by revamping its image.

Xi Jinping told senior Communist Party officials it was important to present an image of a “credible, loveable and respectable China”, according to a report by state-run news agency Xinhua. It marks a possible shift in China’s diplomatic approach, which analysts say has become increasingly antagonistic.

The comments came amid deteriorating relations with key global powers.

China has faced criticism over human rights abuses against the Uyghur Muslim minority group and the crackdown on Hong Kong pro-democracy campaigners, among other issues. It recently denounced US efforts to further investigate whether Covid-19 came from a Chinese lab, accusing the Americans of “political manipulation and blame shifting”. Xi told officials on Monday it was important for China to tell its story in a positive way. “It is necessary to make friends, unite and win over the majority, and constantly expand the circle of friends [when it comes to] international public opinion,” he was quoted by Xinhua as saying.

He said the country should be “open and confident, but also modest and humble” in its communication with the world.

Xi also said the party’s propaganda organisations must make it clear that Beijing wanted “nothing but the Chinese people’s happiness and good fortune”. The China Daily was expected to “stay true to its duty of bridging China and the world for greater communication”., the newspaper said of itself. Analysts said Xi’s remarks marked a rare admission of Beijing’s isolation.

Xi became president of China in 2012, ushering in an era of increased assertiveness and authoritarianism.

The country’s diplomats have become increasingly vocal in recent years, deploying sarcasm and aggression against those who challenge its positions. The strategy has been dubbed “Wolf Warrior” diplomacy - named after patriotic blockbuster movies in which elite Chinese special forces take on American-led mercenaries. Anyone who follows China’s diplomats on Twitter will know just how undiplomatic their tone has often become in recent years.

They have been encouraged to pursue a “Wolf Warrior” strategy of confrontational and, at times, abusive messaging, even directly attacking foreign governments.

So if Xi Jinping really wants his administration to be seen as more “loveable”, this will require a sudden, 180-degree change in approach. From the Philippines to Australia to Europe, popular sentiment towards the Chinese government has been collapsing. At least some of this has been blamed on aggressive public statements.

It’s possible that Xi has now been persuaded by those - including Communist Party loyalists - who have been arguing that the, sometimes unhinged, “Wolf Warrior” approach has actually been counterproductive.

The crucial line from Xi to the Politburo was possibly when he said that the Party leadership needs to get a “grip on the tone” of communications with the outside world. Does this mean the tone has been spiraling out of control? Many would say yes.

The problem, of course, is that so much damage has been done that it will take more than just a change in rhetoric to repair it. It would probably require a change in actions.

It’s also just possible that General Secretary Xi’s speech is being misinterpreted in the tea leaves.