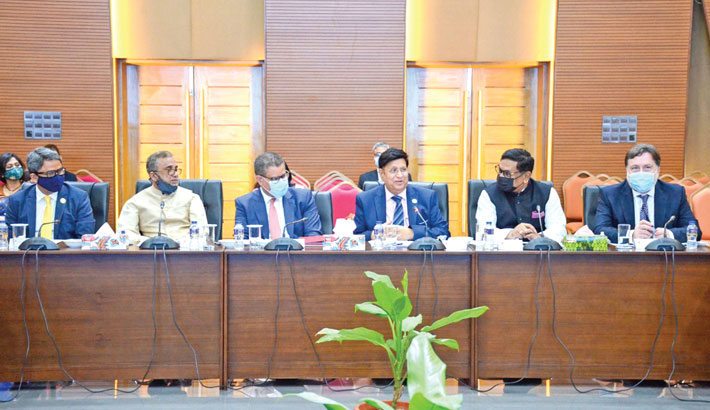 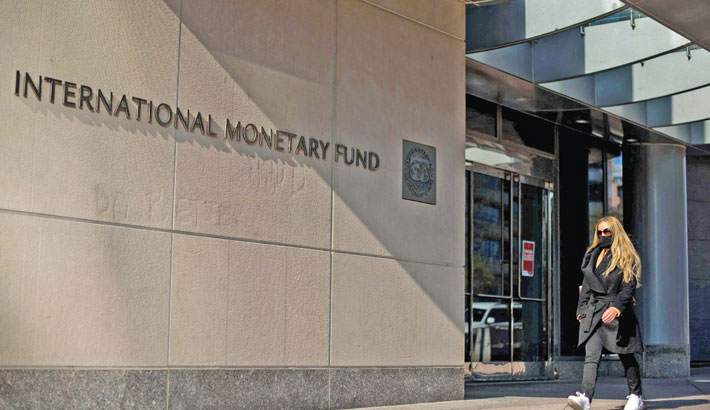 A woman walks past an International Monetary Fund headquarters(IMF) building in Washington, DC. After kicking their massive lending powers into overdrive to help the nations hardest hit by Covid-19 last year, the IMF and the World Bank are now focusing on getting vaccines to poor countries to keep the pandemic from derailing the global economic recovery. 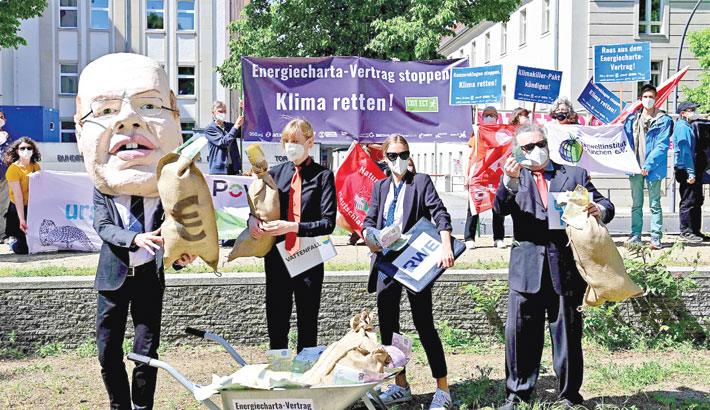 A Campact activist wears a mask featuring German Economy Minister Peter Altmaier (L) as other activists hold banners reading "Stop the Energiecharta energy treaty! Save the climate!" - "Stop legal actions filed by economic groups" and "Cancel the climate killing pact" during a demonstration on Wednesday in front of the German economy ministry in Berlin, where the German Economy Minister was to negotiate the Energy Charta Treaty with energy suppliers. 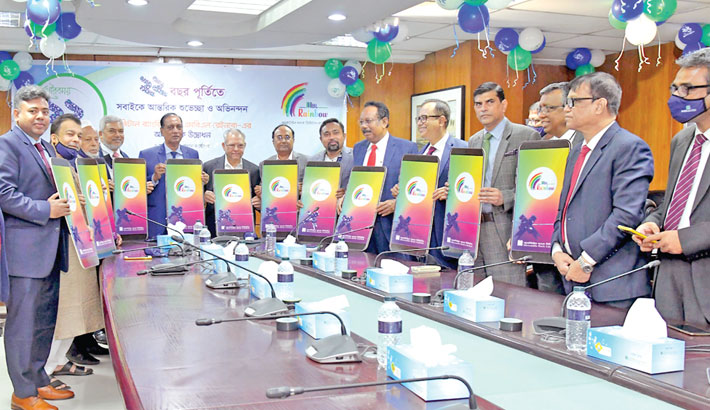 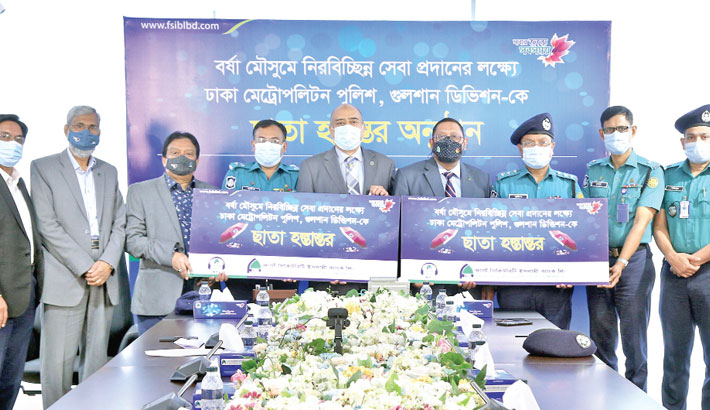 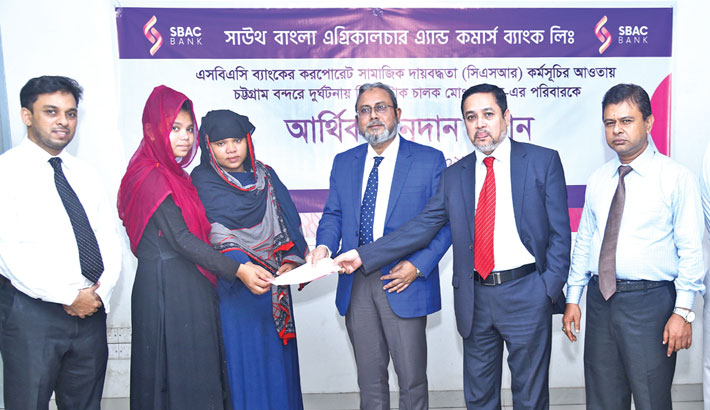 South Bangla Agriculture and Commerce (SBAC) Bank Deputy Managing Director Md. Mamunur Rashid Molla hands over a cheque for Tk 2 lakh to the victim’s wife and daughter on the bank’s Agrabad branch premises in Chattogram on Tuesday. The bank made the financial assistance to the family of truck driver Md. Khokon who was killed in an accident at Chattogram Port recently. 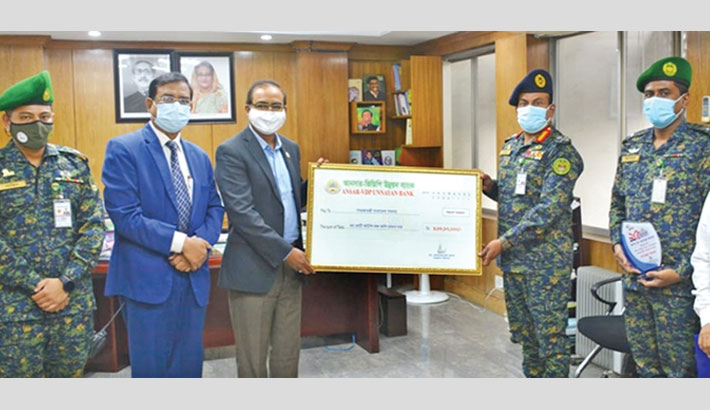 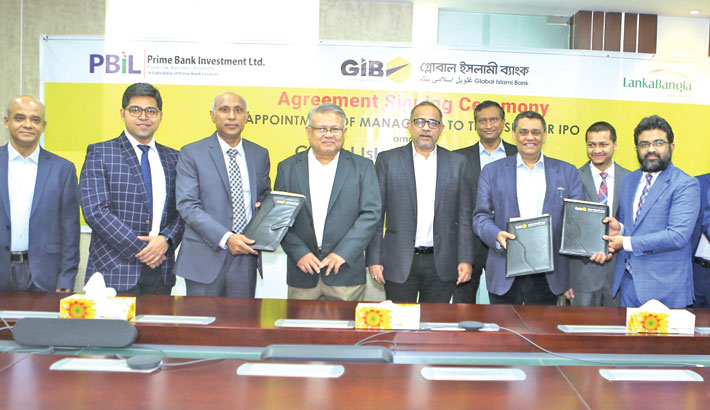