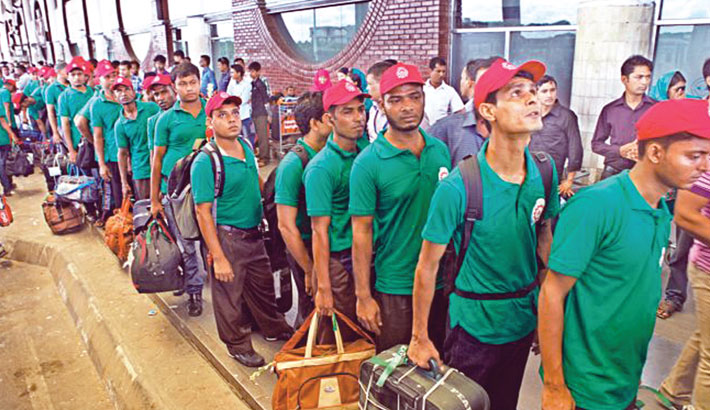 The government may increase allocation for remittance incentive in the upcoming fiscal year to boost the flow of foreign currency, said finance ministry sources.

The sources said the total allocation is likely to be raised by Tk 1000 crore in fiscal year 2021-22.

The government had earmarked Tk 3,060 crore in the original budget of the current fiscal year to pay incentives to the beneficiaries of remittance.

It means the total allocation for incentive expense may stand at over Tk 4,000 crore.

This allocation would be a part of the government’s plan to help the economy absorb the shocks stemming from the coronavirus pandemic.

The plan to increase allocation for remittance incentive is to encourage expatriates who continued to send home money despite grim economic forecast due to the pandemic.

Official figures showed that the remittance receipts went past the $22-billion mark in the first 11 months of the current fiscal year.

Between July and May, Bangladesh received $22.74 billion, up 39.49 percent over the same period a year ago.

Economists, experts and manpower sector insiders think that the government’s 2 percent cash incentive, easing of procedures for expatriate workers, shift from informal to formal remittance payment channels amidst the travel disruption, and additional transfer to help pandemic-hit families home as well as the transfer of accumulative savings by the overseas workers have helped surge of remittance inflow.

Shariful Hasan, Head of BRAC Migration Programme, said, “The total remittance inflow in Bangladesh was stuck between $14-15 billion for several years. But the things have changed dramatically when the government decided to pay incentive on remittance.” He appreciated the incentive allocation by the government, which will be encouraging for the expatriates.

“I think an increase in the allocation for incentive on remittance is a very good initiative. It will encourage the expatriate workers to send money through formal remittance payment channels and help the country to retain the remittance inflow,” Shariful Hasan said.

He, however, said the government should take more steps to facilitate the expatriate workers as “the total allocation for the Ministry of Expatriates’ Welfare and Overseas Employment is still much low compared to other ministries.”

Around 12 million Bangladeshi expatriates are working in different countries and most of them are sending their hard-earned money to their families in the country.

The contribution of remittance to the country’s GDP is about 12 percent, according to official figures.