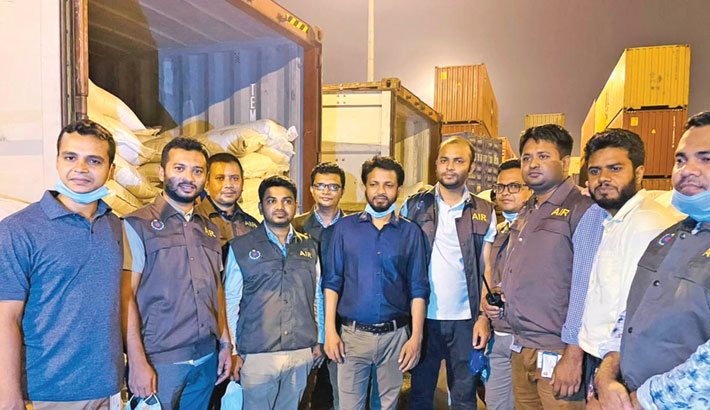 Customs officials of Chattogram Port pose for a photograph after seizure of 42 tonnes of poppy seed hidden inside two mustard containers imported from Malaysia. SUN photo

CHATTOGRAM: Customs officials seized a consignment of 42 tonnes of poppy seed, a raw material for producing opium, brought under the declaration of mustard seed from Chattogram Port on Monday night.

The Audit, Investigation and Research (AIR) wing of the Customs seized the seeds brought in two containers from Malaysia.

As seeds of the mustard and poppy are almost same, the importer attempted to import the opium manufacturing raw material keeping its sacks behind those of mustard seeds in the containers. After arrival of the containers carrying the goods, the C&F Agent Hotline Cargo International submitted the bill of entry on April 18.

After paying the duty and tax of Tk 142,497 for the consignment, they also initiated the delivery process.

But, on information, the Customs authority postponed the delivery process and took step for physical examination of the goods, said the sources.

After recovery, the seeds were sent to the laboratory of Department of Narcotic Control (DNC) in the capital for examining, he said.