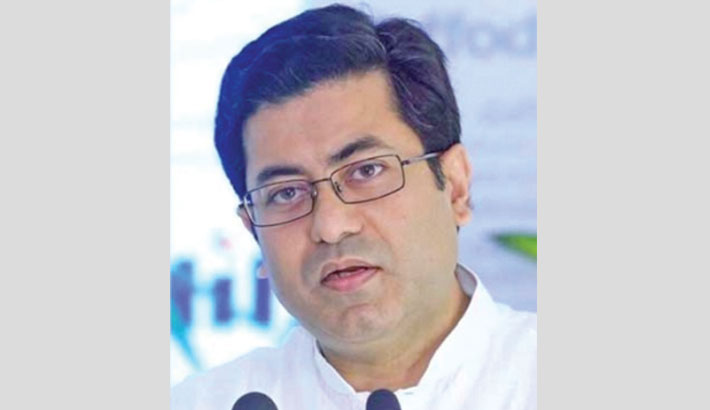 Dhaka South City Corporation (DSCC) Mayor Sheikh Fazle Noor Taposh on Tuesday said it will take two years to bring the water-logging problem of the capital to an acceptable level.

About the waterlogging in different parts of the capital due to heavy rain on Tuesday, Taposh said, “We will work to solve water-logging problem giving priorities on the areas which were waterlogged in our next programme. We will bring the problem under a tolerable level within two years, but our long-term goal is to give city residents a complete solution to the problem.”

He said that it is not possible to resolve the problem until the completion of the DND embankment, Hatirjheel and Metro Rail projects and handing over responsibility of sluice gates to DSCC which are maintained by Bangladesh Water Development Board.

“But city dwellers don’t have to go through throat- or waist-deep water this time like in the previous years. “Today, it rained for three hours. We have observed that the number of waterlogged areas is many times lower than the previous years. For the sincere efforts by our officials in the last five months, it has been possible to drain water quickly,” DSCC Mayor said.

About different activities of DSCC, Taposh said, “Since the handover of responsibility of Shaympur, Jirani, Kalunagar and Manda canals by Dhaka WASA, we have cleared 113,500 metric tonnes of waste.

Of the six dysfunctional storm water pumps of WASA, we have activated three while efforts are going on to activate another three in the two pumping stations.”