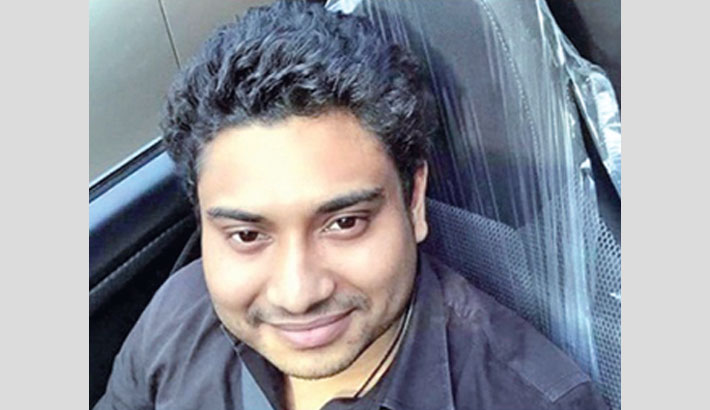 A full bench of the Appellate Division, headed by Chief Justice Syed Mahmud Hossain, came up with the order after hearing two separate petitions filed by the Anti-Corruption Commission (ACC) and Rashed Chisty.

The apex court asked the lower court to quickly complete the trial proceedings in the much-talked-about corruption case.

The Appellate Division also turned down a petition submitted by Rashed Chisty seeking bail in the case filed with Gulshan Police Station in the capital in 2018.

Earlier, the ACC submitted a leave-to-appeal petition with the Supreme Court challenging a High Court order granting bail to Rashed Chisty. During the virtual hearing, Khurshid Alam Khan argued for the ACC while Additional Attorney General Sheikh Md Morshed represented the state and AF Hasan Ariff stood for Rashed Chisty in the case.

Khurshid Alam said the Appellate Division rejected the bail petition of Rashed Chisty and cancelled the HC order that had granted bail for him in the case.

It also directed the lower court to complete the trial proceedings in the graft case within a shortest time, he said.

On January 26, the High Court granted bail to Rashed Chisty in the case.

But on February 1, the Appellate Division stayed the bail following a petition filed by the ACC. Earlier on May 19 last year, a trial court granted bail to Rashed Chisty in several cases. Later, the ACC submitted petitions with the HC seeking stay on the bail orders.

It said it was seen from the case documents that Babul Chisty is the key offender while he used his entire family in criminal activities.

In 2019, another case was filed against Babul Chisty on charges of amassing illegal wealth worth Tk 37.38 crore and money laundering.

Later, a Dhaka court ordered the authorities to freeze and confiscate Babul Chisty’s moveable and immoveable property following a petition filed by the investigation officer of the case.

Around 2,000 decimals of land, three tin-shed houses and a three-storey building of Babul Chisty under different mouzas of Bakshiganj upazila in Jamalpur while 200 decimals of land under Madabpur mouza of Sreebardi in Sherpur were seized.

On January 23, a case was filed against Babul Chisty’s wife Rozi Chisty on charges of amassing illegal wealth worth Tk 37.38 crore and money laundering.

She also possessed 7.50 decimals of land in Boro Nawra mouza in Narayanganj, 266 decimals in Madabpur mouza in Sreebardi’s Jangla.

The court also seized a total of 1,863.77 decimals of land under different mouzas in Bakshiganj owned by Rozi Chisty.

A car of Toyota Noah model and another Tata tanker model car of Rozi Chisty were also seized while the court froze five bank accounts in Farmers Bank, one each in Bank Asia and Trust Bank.

The court seized immobile wealth of Rashed Chisty. The wealth included semi-paka house on four decimals of land at Tejgaon in Dhaka, seven decimals of land in Bashundhara, 4.50 decimals and 3 kathas of land in Singair in Manikganj, a flat in Mymensingh town and another flat in Chattogram.

The court also seized a private car, one jeep, one shotgun and a pistol while the deposited money of 22 accounts in different banks also froze.

Meanwhile, a case was also filed against Babul Chisty’s daughter Rimi Chisty on December 15, 2019 on charges of amassing illegal wealth worth Tk 21.20 crore and money laundering.

The court seized 81.176 decimals of land in different mouzas of Jamalpur and 20 decimals in Gazipur.

Around Tk 21 lakh at six bank accounts of Farmers Bank and one in Trust Bank owned by Rimi Chisty and 10,000 shares of Bakshiganj Spinners Ltd were also frozen.

On December 15, 2019, another case was filed against Rashed Chisty’s wife Farhana Ahmed on charges of amassing illegal wealth worth Tk 13.68 crore and money laundering.

On December 5, 2019, a case was filed against Babul Chisty’s brother-in-law and Danua union Parishad Chairman Md Mostafa Kamal on charges of amassing illegal wealth worth Tk 84.72 lakh and money laundering. The court seized a flat under Meradia mouza of Rampura area in the capital, three decimals of land in Mymensingh Sadar, a total of 206.12 decimal lands in Danua Kamalapur and a Toyota car of Mostafa Kamal.

Around Tk 15 lakh in 13 bank accounts of Farmers Bank while 3,300 shares of Farib Auto Rice Mill Ltd of the accused were also seized by the court.