600 musicians sign letter with a call for boycotting Israel 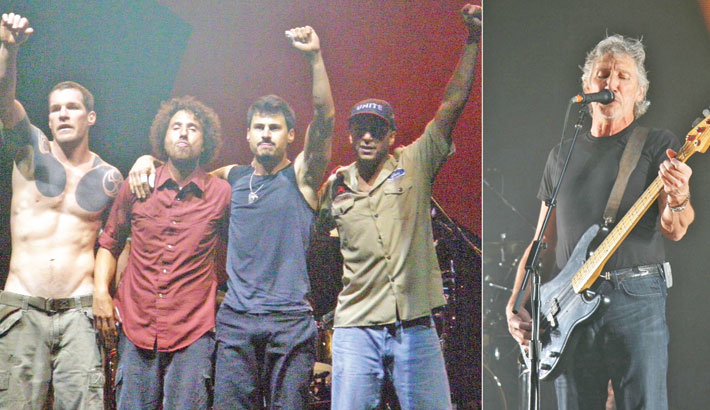 Rage Against the Machine Roger Waters

More than 600 musicians, including members of Rage Against the Machine, The Roots, Cypress Hill and former Pink Floyd’s bassist Roger Waters have signed a petition calling on fellow artists to boycott Israel and Israeli-affiliated institutions in light of the latest developments in the Israeli-Palestinian conflict, report agencies.

"Silence is not an option, as the brutal Israeli bombardment of besieged Gaza claimed more than 245 lives in the last weeks," the letter states, referring to the 11-day conflagration between Israel and the Palestinian terrorists of Hamas and Islamic Jihad, where the latter fired over 4,000 missiles at the Jewish state that claimed 12 lives.

"We call for you to join us with your name in refusing to perform at Israel's complicit cultural institutions and by standing firm in your support of the Palestinian people and their human right to sovereignty and freedom. We believe this is crucial to one day live in a world without segregation and apartheid" the letter read.

Other signatories include The Strokes frontman Julian Casablancas and Serj Tankian, the frontmen of System of a Down, Patti Smith, and Thurston Moore of Sonic Youth.