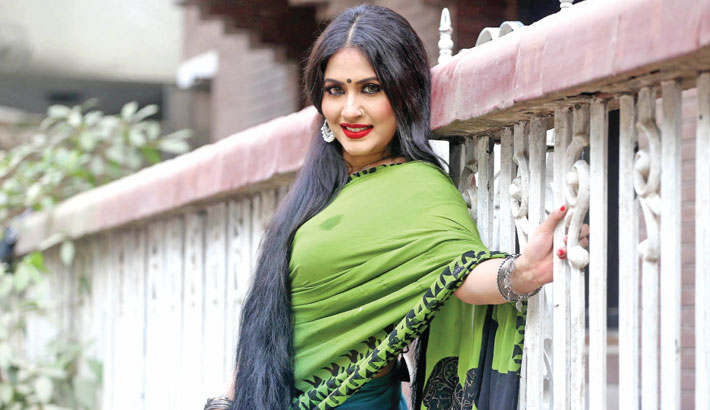 Dhallywood actress Keya made her debut in the film industry with Montazur Rahman Akbar-directed movie ‘Kothin Bastob’ in 2001. In the film, she acted opposite popular actors Riaz and Amin Khan. Keya grabbed the audience’s attention through her performance in the film.

Since then, she has acted in many popular films, including, ‘Rongbaz Badsha’, ‘Bhalobashar Shotru’, ‘Diwana Mastan’, ‘Sahoshi Manush Chai’ and ‘Ayna Kahini’. Her film ‘Sahoshi Manush Chai’ won National Film Award in two categories in 2003. The actress was last seen in ‘Blackmoney’ which was released in 2015.

Presently, Keya has been cast in three films Rakibul Alam Rakib’s ‘Yes Madam’, ‘Shimana’, and Shahin Shumon directorial ‘Bonolota’. The shooting of the projects is currently on hold due to ongoing pandemic. Keya informed the shooting of the films will resume soon.

About her two decades in the film industry, Keya said, “I feel very thrilled that how the time has been passed. I made my debut in the film industry when I was in grade 6. I’m grateful to director Montazur Rahman Akbar, scriptwriter Abdullah Zahir Babu and the whole unit of my first film ‘Kothin Bastob’. Thanks to all my directors, co-artistes, journalists, and my fans. They have made me who I’m today.”

Besides films, Keya also appeared in TVC and television dramas. She first acted in the telefilm ‘Akash Choya Swapno’ directed by Mohammad Hannan. The actress has been awarded Bachsach Award, Dhallywood Award and other awards for her performance.