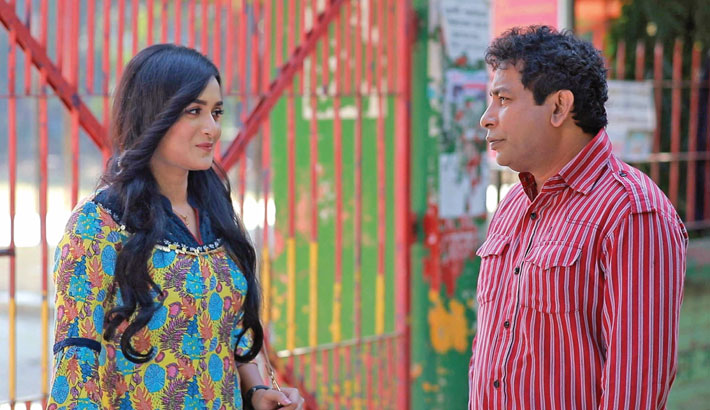 The 50th episode of versatile actor Mosharraf Karim starrer new drama serial Priyojon will be aired on Maasranga TV today. The serial is being aired on the channel at 08:30pm from Sunday to Thursday in a week. In the meantime, the serial has got popularity among the audience.

Written by Mamun-ar-Rashid, the play has been directed by Shamim Zaman. The drama has been made based of the story of our surrounding people.

About the serial, Mosharraf Karim said, “Shamim Zaman is a talented director. He always makes   good-story based dramas. The story of ‘Priyojon’ is also amazing. We are getting huge response for the drama.”