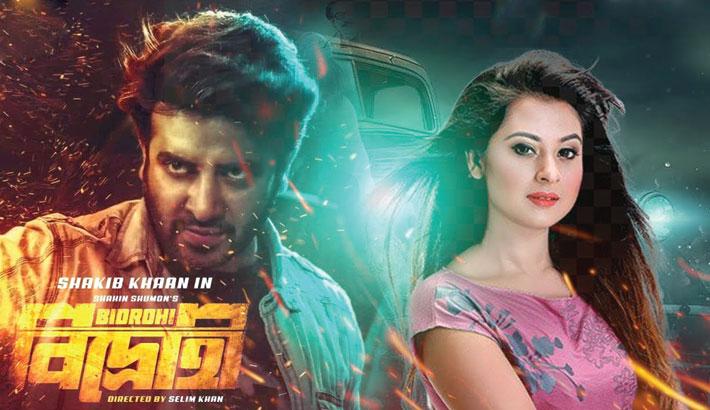 Bidrohi is an upcoming Bangladeshi action drama film. Directed by Shahin Sumon, the film is produced by Selim Khan under the banner of Shapla Media. Delwar Hossain Dil has written the story, dialogue and screenplay of the movie.

This film was ready to release in Eid-Ul-Azha of 2020. But the corona situation delayed the releasing date. Now, the film all set to release on OTT platform Cinebaz on the occasion of upcoming Eid-ul-Azha.

To note: Muhurat programme of the film was held on June 26 in 2018. And the shooting of the was begin on September 25 on the same year at Bangladesh Film Development corporation.