Tobacco in Pandemic: Commit to Quit 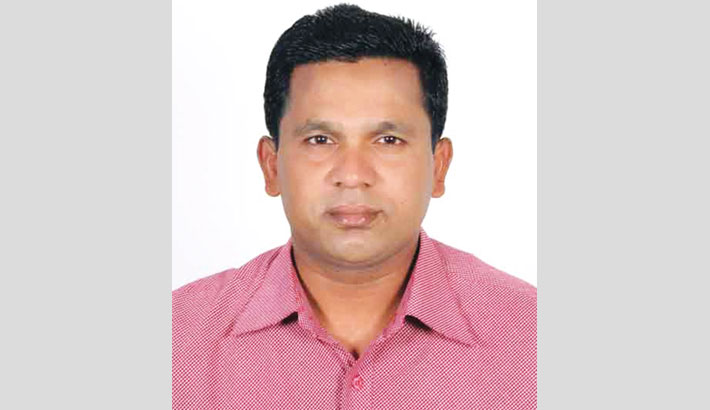 Every year 31 May is globally observed as the ‘World No Tobacco Day’ to draw global attention to the tobacco epidemic and the preventable death and disease it causes. The theme of ‘World No Tobacco Day’ for this year was “Commit to Quit”. The campaign aimed at spreading awareness about the negative impacts of tobacco on health and the exploitation of the nicotine industry. It also aimed to reduce the diseases and deaths caused by tobacco consumption.

This year, special attention was paid to the celebration of Anti Tobacco Day as smoking, according to the World Health Organisation (WHO), can increase the chances of getting infected with coronavirus due to their complex interaction. The celebration was initiated to inform people about the dangers of tobacco use, the business practices of tobacco, the fight of the world against the tobacco epidemic in the corona pandemic, and the role of people around the world to claim their right to healthy living and to protect future generations.

The harms of tobacco use are deep-rooted. Tobacco causes more than eight million deaths around the world every year. Besides, another 1.2 million deaths embrace the same results being exposed to secondhand smoke (SHS). The news came out that smokers were more likely to develop severe disease with Covid-19 compared to non-smokers. Therefore, the pandemic has triggered millions of tobacco users saying to want to quit tobacco. But, quitting tobacco can be challenging with the added social and economic stress that has especially come due to the pandemic.

Bringing hands over again and again to mouths can increase the risk of getting infected with the virus. Moreover, sharing tobacco products like cigarettes can transmit to other people as well. So, the World Health Organisation (WHO) is ceaselessly combating the tobacco epidemic. However, studies reveal that increased stress due to the Covid-19 pandemic – citing fears about the virus, job uncertainty and the mental health effects of isolation – was the main reason for increased nicotine and tobacco use among people.

In Bangladesh, tobacco is a big threat to our development. Public health is more important than revenue collection. In a recent study, it is found that the revenue collection from the tobacco sector is around Tk 23,000 crore per year while more than Tk 50,000 crore is spent on the treatment of tobacco-related diseases that also cause death about 125,000 people in the country every year. Some of these diseases are lethal, expensive and long-term. Furthermore, nearly 3.5 million people are suffering from tobacco-related diseases harming the national economy. It is also estimated that 21.4 million people will be under threat of cancer disease by 2030 because of tobacco consumption. Hence, attention should be given to preventive measures to control this situation and ensure actual development in the health system.

Though tobacco is grown throughout the country, Rangpur, Kushtia, Bandarban and Cox’s Bazar are the districts that are considered to be the largest tobacco growing areas. All the processes of handling tobacco, from the cultivation to the drying process, from the production of tobacco products to the consumption, are harmful for public health, the environment, and the economy. Passive smoking of pregnant women causes dead childbirth and harms to foetus putting the baby in the womb to a great challenge for overall development.

We need to impose a higher tax to prevent people from consuming tobacco and increase the fine for smoking in public by amending the Tobacco Control Act 2005. In addition, provision has to be introduced for direct filing of cases in case of violation of the law. Under the existing law, it is not possible to bring tobacco companies under punishment. Therefore, it is high time to amend the existing law.

Because of our liberal attitudes, tobacco companies are advertising their products targeting the youth group. Although the law prohibits advertising of all types of tobacco, the companies are promoting tobacco directly and indirectly on dramas, movies and online platforms. Under the existing law, it is not possible to punish tobacco companies. Therefore, the Tobacco Control Act needs to be amended immediately to bring the tobacco companies under control with a view to protecting people.

Educational institutions need to be a smoke-free zone. A recent study conducted among school children of Dhaka found 95 per cent of school goers have higher nicotine in their body which is undoubtedly a result of passive smoking. Teachers who smoke may consequently influence their students to smoke. Therefore, new laws need to be enacted keeping provisions that smokers cannot be teachers in any academic institutes from primary to university levels. We find the characters in web series and on television are seen smoking cigarettes. To control tobacco addiction, smoking scenes in dramas and movies need to be banned. Everyone must work from their place to control tobacco. Non-smokers need to be given priority in all types of opportunities.

According to a recent survey, about 70 per cent of current adult smokers wanted to quit, and about 55 per cent had attempted to do so in the past year, though only 7 per cent were successful in quitting for 6-12 months. Many smokers cannot quit smoking on their first attempt and need several tries before they succeed. We need to continue offering support and congratulate the person for making a quit attempt and remind them that it may take one more attempt before quitting for good.

A higher tax rate has to be levied on it as raising taxes on tobacco at a higher rate will increase revenue and, conversely, reduce the number of tobacco users. A provision must be introduced in the existing Tobacco Control Act for direct filing cases in violation of the act. Besides the state measures, family awareness has to be increased. Print and electronic media need to play an effective role in tobacco control. As the prevalence of tobacco use has reached an alarming stage, we need some effective measures to reduce deaths and illnesses related to lung and respiratory diseases and to make Bangladesh tobacco-free by 2040.

The writer is an educational researcher and teacher