Promotion in Education Cadre: What about Non-Government Teachers? 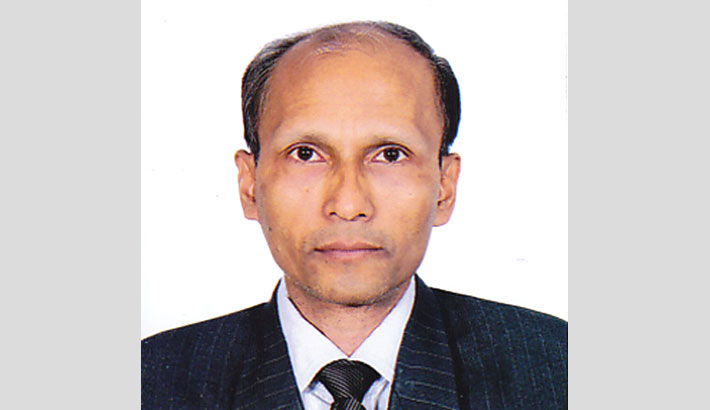 Promotion is an integral part of any job as it propels a professional to go ahead. That means promotion stands as a great motivation. However, it hardly happens in the profession of teaching in our country that has made this profession dull and insipid even though it’s a very exciting, creative and enjoyable job. Hence, bright people hardly embrace this profession and even if some take up this job, they try to leave it frantically. On the contrary, most other jobs show promotional step. In the school level teaching, teachers are called ‘master’ and college level’ professor’ who find a distance ladder to go upward. I can remember my days in Rajuk Uttara Model College when the then education secretary used to visit it on some occasions as he was the chair of the governing body. He used to tell us that education sector was going to see some changes. We thought it would be definitely very positive thing. What he said made us vexed. He said teachers should dedicate themselves to teaching the students, why they should be controller, chairman, director, director general. These positions would be occupied by the administration cadre officials. How strange! I protested against such a kind of decision of the government and its implementation publishing several articles both in the English and Bengali dailies. Several other people and writers stood with me. The notion of the bureaucrats stands as ‘masters’ and ‘professors’ would continue teaching, why they should put signature on files or documents, why they should ride a car which is a privilege to be enjoyed only by the administration cadre people. Because of this attitude of the bureaucrats towards teachers, teacher leaders and teachers themselves can be held responsible for demoting the value of teachers in the society. Education is the largest cadre manned by around fifteen thousand officials and another twelve thousand from 300 nationalized colleges is going to be added to this fleet. Still, this cadre proves weaker than other cadres.

The history of education cadre is very recent. State negligence towards teachers manifests itself through many examples. BCS police officers of 28th batch have become additional police super many days back and the officials of this batch in the administration cadre are waiting to be deputy secretary. On the contrary, education cadre officials still cling to the entry level i.e. lecturer. Batch wise promotion does not happen in the education cadre; they rather see subject wise promotion that gives rise to a mismatch in the cadre. It is seen that the lecturers of English or Physics remain lecturer for nine, ten even eleven years. Whereas, the same batch teachers in Geography or Philosophy or Bengali become even associate professor in the same span of time. Given that same principles may not be applied to all the cadres equally, but minimum a standard should be maintained so that inter cadre or different subjects of the same cadre don’t see heaven and earth difference. It truly exhibits the imbalance and inefficiency of the whole management and system that needs to be addressed in the greater interest of cadre service. Individual gain and reward must be an added advantage of cadre service, however, its prime objective is to ensure a smooth and smart implementation of the government decision for the people and for the country.

Education cadre officials get promotion only when any position gets vacant that does not certify a smooth operation. A portion of BCS cadre teachers works in different education administration on deputation which is not transparent as well. The deserving candidates should be appointed/ deputed to these positions but things happen here on the basis of nepotism and political consideration. In the last three years nobody became assistant professor or associate professor that certainly did not happen in other cadres. As per the estimation of DSHE five thousand and 711 teachers wait to be assistant and associate professors. In this perspective, good news flies that education cadre officials are going to see promotion and several meetings have already taken place in the ministry. Last year the position of professor was filled up. It is learnt that the position of associate professor is going to be filled up from 22nd, 23rd, 24th 25th and 26th batch BCS education cadres. The teachers having the requisite qualification to be associate professor are three thousand 303 from 22nd to 26th batch. The position of assistant professor will be filled up from 29th, 30th, 31st, 32nd and 33rd batch officials and those who deserve to be assistant professors are two thousand 408. Last October 2018 these positions were filled up. It is learnt that the officials of other cadres belonging to 29th batch received promotion and are waiting to see next promotion. On the contrary, the officials of education cadre have been in the entry level for ten years. It sounds strange that only the mathematics teachers of 28th batch have not been promoted.

All these talk about the fortunate teachers of the country. What about non-government and private institution teachers? Do we think or bother about them? Do we think that they also contribute to building the society? What we see in the development of MPO rules that came out last this year says the teachers of intermediate college will be demoted to senior lecturer instead of assistant professor that is not done in government colleges. Again, the assistant professors having experience and even M.Phil/ Ph.D degree will not be promoted to associate professors. How does it sound? The position of associate professor was created in the MPO-2010 rules that were discarded from the MPO rules of 2018 and the same has been done in the latest rules of 2021 though they hoped to change it. It further widens the division and discrimination between government and non-government teachers. Teachers say that jealousy and discriminatory attitude of some administration cadre officials towards teachers has made this profession a negligible one. The teacher leaders can also be held responsible at least partly for this degradation of the teachers.

I feel curious to know why such a sudden and jerking step is taken in the education cadre. Why does it not happen as a usual process? In other cadres, promotion is given regularly and incentives are available in case of showing any performance. It hardly or not at all happens in education cadre. Other cadres see promotion even if positions are not available and just the opposite thing happens in teaching. Positions lie vacant for years together, academic activities get hampered due to the lack of teachers, and still teachers are not promoted or transferred or employed. In this perspective, teachers have to play a greater role to upgrade their position. They must have scope and opportunity to exhibit their creativity and talents. We know, none will come forward to do it for them willingly. It is teachers who must come up with the solutions. We have many teacher organizations but none of them have any journal to develop teachers professionally. If they had, teachers could learn from each other’s creativity, effort and opinion that could ultimately contribute to their professional development. Without any such effort, they just become assistant or associate or even professor just either on the basis of their length of service or if position lies vacant for any reason. The administration or police cadre, though does not have such condition of publication, they definitely have a mechanism to expose their merit, talent and performance. If the same thing does not happen in teaching, other cadres will continue showing negligent attitude towards teachers. I, of course, believe that teachers have every potential to run the ministry of education occupying the significant positions of the ministry. It is necessary to bring about real changes in education, for that teachers must come up with the same potential and performance as administration cadre to play the real leadership role in the field of education which will heal and redress the woes prevailing here.