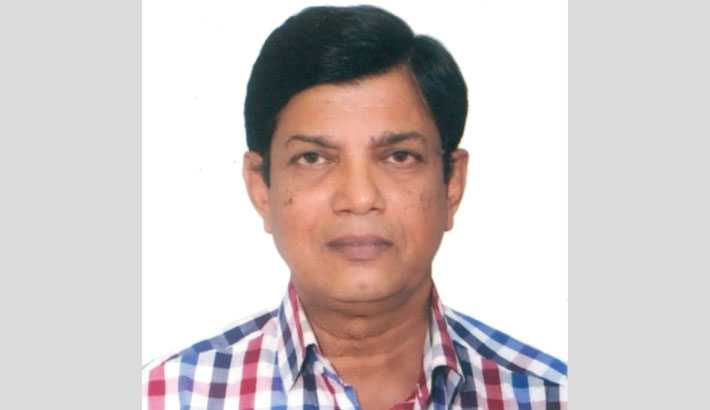 Man is a social animal. Every man or woman inherently desires to live with family - one which consists of husband, wife and children - absence of any of these elements makes a family incomplete. A man may be rich, yet he feels unhappy unless he has at least a child of his own to love and to be loved. We all know how a man and woman yearn for children. Yet, there are couples across the society, who are childless.

With the growth of population, the number of childless couples is also rising. In the absence of any official statistics, it is estimated that nearly 10 per cent of married couples in Bangladesh are childless. Even if the percentage is a mere one fourth of that, it is still large enough to generate a huge demand for which the underground child traffickers can find many people who would be willing to  have child for themselves and pay large sums for that.

There was a time when there used to be many cases of newborn babies being stolen from our hospitals and clinics. Things have greatly improved since then with the beefing up of security at the hospitals and the installation of CCTVs. According to an online search, which is not exhaustive, from April 2012 to December 2020, a total 13 cases of infant abduction took place – three in Dhaka, two in Rajshahi and one each in Barishal, Faridpur, Noakhali and Pabna. The good news is that police were able to recover eight of the 13 stolen infants. The bad news, obviously, is that after years of search, we still have no idea what happened to the other five.

The relatively small number can be baffling. Underneath the story of criminal gangs, hospital negligence, police ineptness and the administration’s connivance that often contribute to infants going missing. On the contrary, there is a nuanced reality that keeps the missing infant phenomenon rising. It is the demand created by the childless couples who genuinely want to adopt babies but cannot do so because cumbersome and complicated nature of our legal process as well as the rigidly prejudiced social mindset that looks down upon adopted children as if they are inferior in someway, totally ignoring the tragic circumstances that lie hidden behind every such case.

Desperate to have babies, these otherwise decent and law-abiding citizens either take the help of very few legal outlets available or are lured by a large number of agents into the dark world of infant theft that sells them to ordinary childless couples. They are not criminally minded but are dragged into that world owing to a very irresistible human desire to be parents and have their lives fulfilled through raising children.

Tragically, there is neither any government initiative nor any social awareness among citizens as to how to address the plight of childless couples and find a stable, legal safe and widely accepted process of solving what is a very painful reality that these people have to live with.

In Bangladesh adoption falls under family laws in which religious practices have a definitive say. According to the Hindu and Christian religious laws, adoption is permitted. For the Muslims, what is permitted under the “Guardians and Wards Act of 1890’ is legal guardianship of children but not adoption in the western sense of the word. It means that a Muslim couple wanting a boy or girl child can, through family court, become legal guardians of one or more infants they want to raise. The difference between normal adoption and legal guardianship is that in the latter case, children do not automatically inherit paternal property as they do in the case of adoption. This limitation can, however, be overcome through process of “hiba” of gifting the property during the lifetime of the guardians to the children over whom they have the legal guardianship.

The obstacles, though a bit cumbersome, are not insurmountable. The bigger problem, however, is the mindset of people in general. It is centred on women who cannot give birth or bear children. They are looked upon as abnormal and even ‘cursed’.  There is a huge stigma attached to such women both in our urban and rural societies, especially in the latter so much so that they are sometimes shunned by the family and ostracized by their community. Except in the case of urban elites – and here the discrimination could be subtler but equally painful-childless women generally suffer from emotional and psychological trauma. They live in constant fear, if not threat, of marital break-up as if wife is solely responsible for the couple’s failure to have children.

Thus a tremendous pressure is created within the family and especially on the women, to get a child “by any means” to stabilize their marriage and social acceptability. This desperation naturally leads to the couple, especially the wife, to fall prey to the child traffickers. Without dealing with the issue elaborately – there are excellent studies on the subject- it can be said without hesitation that the government needs to come out far stronger in favour of the legal guardianship for Muslims and adoption for followers of other faiths so that the practice becomes easier and wider.

To change the disparaging social mindset, the government, political parties, civil society, NGOs, and educated class in general should launch a massive social movement encouraging childless couples to take on such children in a legal way and help them fight all the prejudices and stigma that currently exist. For the Muslims, the greatest example lies in their religion. The prophet of Islam himself had an adopted son and there are numerous pronouncements by him about the virtues coming to the aid of orphans. And could be a greater gesture of help than bringing such a child into one’s own family?

In fact we should consider guardianship or adoption as a social responsibility and encourage the affluent families, especially the more fortunate ones, to adopt the parentless, homeless and poor children. By so doing, they can save hundreds and thousands of young lives and provide a bright future for them and at the same time help realize the dream for a poverty-free Bangladesh.

Such a move removes the ‘demand pool’ – the most important factor – that is working to perpetuate the contemptible child theft. As for the morality, nothing could be more exemplary. Ethical, healing, joyous and humane than providing a loving and caring home for an orphan or an unwanted child or who is rendered parentless due to accident and disease. And for the couples who will get child, it will bring endless joy and happiness to them. Nothing can be a more social beneficial than such act.

The writer is a retired Dpy General Manager of BSCIC