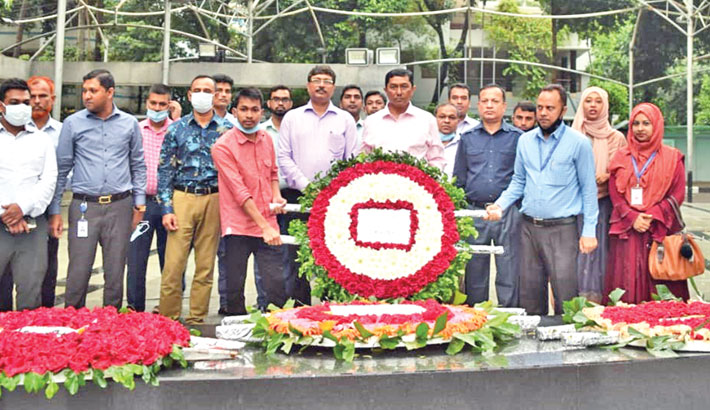 Officials of Bangladesh Petroleum Corporation (BPC) led by its newly-appointed Chairman ABM Azad place wreaths at the portrait of the Father of the Nation Bangabandhu Skeikh Mujibur Rahman at Dhanmondi in the capital on Tuesday. ABM Azad was promoted to Secretary on May 18 and posted as Chairman of BPC on Monday. 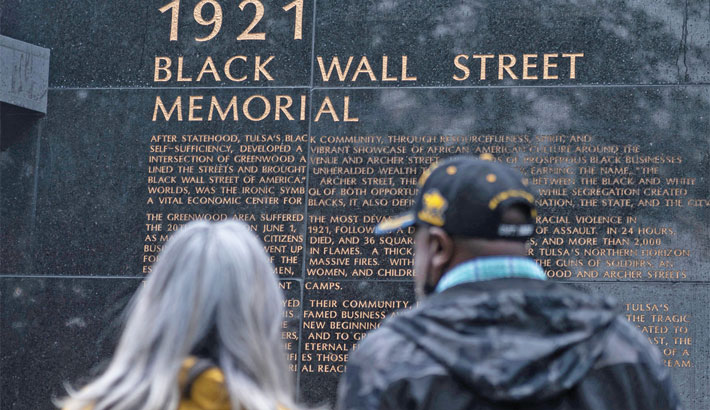 People look at the 1921 Black Wall Street Memorial on the 100 year anniversary of the Greenwood massacre in Tulsa, Oklahoma on Monday. A century ago, in the southern US town, the arrest of a young Black man accused of assaulting a white woman sparked one of the worst outpourings of racial violence ever seen in the country. On Monday, after the arrest of Dick Rowland, hundreds of furious white people gathered outside the Tulsa courthouse, signalling to Black residents that a lynching -- a common practice at the time and until as recently as the 1960s -- was imminent. 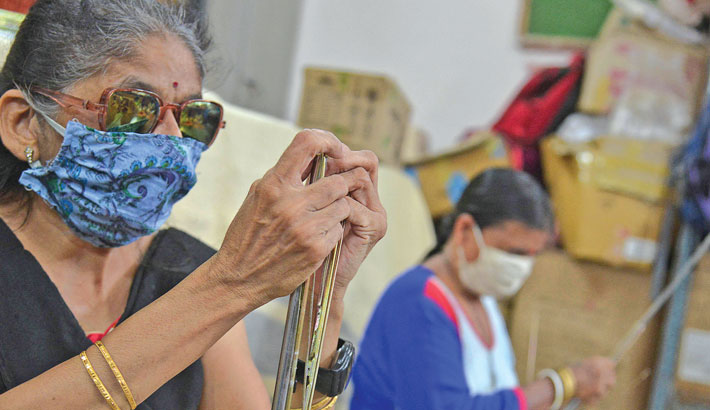 Visually challenged women make umbrellas at a workshop organised by the non-governmental organization (NGO) Nethra, in Mumbai on Tuesday. 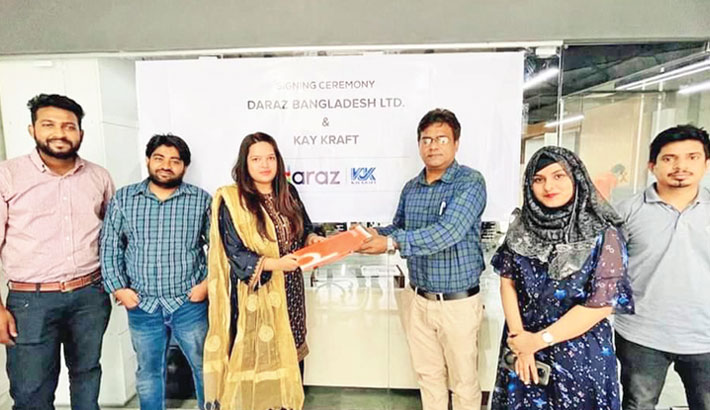 Daraz Bangladesh Category Director Sumia Rahman exchanging documents with an official of Kay Kraft after signing an agreement in the capital recently. 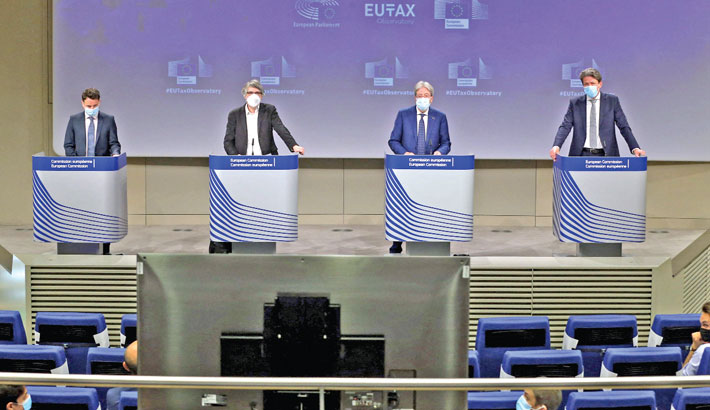 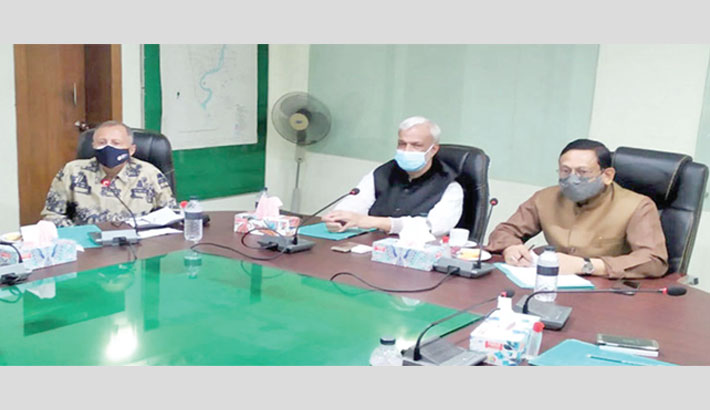