Shakib shows sign of getting form in Bangabandhu DPL opener 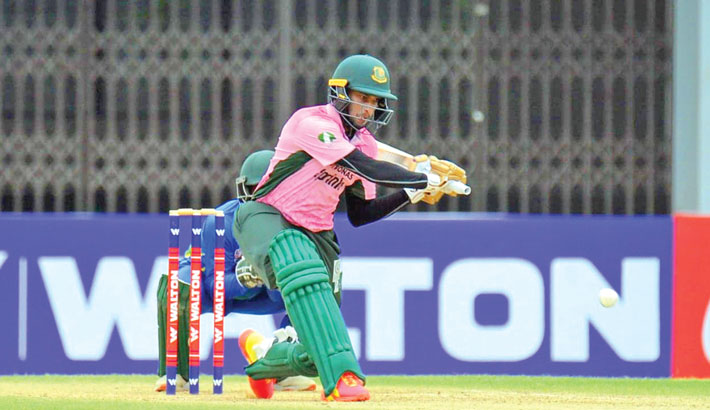 Shakib Al Hasan demonstrated an all-round performance and showcased some sign of coming back to form during his side Mohammedan Sporting Club’s opening match of the ongoing Bangabandhu Dhaka Premier Division T20 Cricket League at the BKSP-4 on Monday.

The 34-year old, who had a dismal outing during Bangladesh’s recent ODI series against Sri Lanka where he just made 19 runs and took three wickets in three matches, shone with both the bat and the ball that led Mohammedan clinching a three-wicket win over Shinepukur Cricket Club in an exciting game.

In the day’s other matches, Abahani Limited, Sheikh Jamal Dhanmondi Club and Prime Bank Cricket Club won their respective opening day fixtures while the matches between Old DOHS, Legends of Rupganj and Brothers Union, Prime Doleshwar Sporting Club were called off due to rain and all four teams were awarded one point each according to the ‘by laws’ of the tournament. 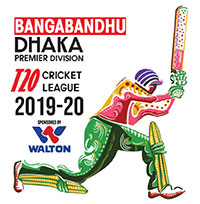 Shakib (2-29) and pacer Yeasin Arafat (2-24) took two wickets each as Shinepukur were restricted to 125-5 in their stipulated 20 overs after Mohammedan sent them to bat first. Opener Tanzid Hasan made the highest 30 runs for the batting side.

Mohammedan, in reply, reached 129-7 in the penultimate delivery of their innings with Parvez Hossain Emon and Shakib making 39 and 29 runs respectively.

Earlier in the first match of the day, star-studded Abahani defeated Partex Sporting Club by seven wickets in the D/L method at the Sher-e-Bangla National Stadium.

Abahani, who were given a revised target of 70 runs in 10 overs after the rain stopped play at innings break, reached 72-3 in 9.2 overs after skipper Mushfiqur Rahim made an unbeaten 38 off 26 balls.

Mushfiqur got a lucky escape in his innings as he was denied a plumb lbw on one by the on-field umpire.

Partex earlier could make only 120-5 despite skipper Tasamul Haque scoring unbeaten 65 off 54 balls after they opted to bat first.

In the second match in Dhaka, Sheikh Jamal beat Khelaghar Samaj Kallyan Samity by 22 runs to get off to a winning start in the tournament.

Sheikh Jamal openers – Shykat Ali and Mohamad Ashraful struck 38 runs each to guide them to score 166-6 before left-arm spinner Elias Sunny finished with 3-18 to restrict their opponents to 144-8.

Tamim Iqbal struck a blazing 46 off 22 balls that helped Prime Bank notch a seven-wicket win over Gazi Group Cricketers in a rain-affected 12-over per-side match at the BKSP-3.

Tamim, who only played as a regular cricketer as Anamul Haque was handed the captaincy role by Prime Bank, struck five sixes and two fours to guide his team to 92-3 in 9.2 overs after Gazi Group made 91-5 in their stipulated 12 overs.

Old DOHS VS Legends of Rupganj

Bangladesh Under-19 World Cup-winning batsman Mahmudul Hasan struck a scintillating unbeaten knock of 78 off 55 balls while opener Rakin Ahmed made 46 runs as Old DOHS posted 171-4 before rain denied Legends of Rupganj to bat in their innings at the BKSP-3.